I felt like posting a few youtube videos from the old British sketch comedy show, A Bit of Fry and Laurie.  Along with the hilariously surreal Kids In The Hall, this show struck that perfect note of absurdity and social commentary that pretty much always killed me.

It’s amazingly funny stuff, but I have to admit there’s a bit of a godless bent to my postings.  Stephen Fry is a well-known atheist, while my personal favorite, Hugh Laurie (best known as Dr. Gregory House to American audiences, though there is no reason he shouldn’t be known for all of his brilliant work), is, if not an atheist, then a very doubtful agnostic.

Here are just a few videos having fun with religion/spirituality (and if you enjoy these, there are plenty more, even funnier bits that are just roundly absurd).  Gobble up some good British Humo(u)r.

And hey, if that was too one-sided, here is Hugh sending up those hippie protest songs:

Hope at least one of them made you laugh.  I’ll leave you with this. 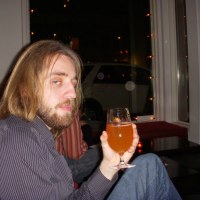