I blog about my travels throughout the country, a survey of America as it is in the twenty-first century.

But the 10 Cities Project began as a college kid’s longing for freedom.  After 18 years in one town, my dream had been to leave for New York and study writing.  I got accepted to schools, I got scholarships, I got excited, but what I did not got… er, have, was enough money to make up the difference in tuition.

So, defeated and depressed, I became resigned to my fate:  I had to stay put and go to college ten minutes down the road from the house I had grown up in.  Four years later, I graduated and took my useless Creative Writing degree and finally moved away.  And I haven’t stopped moving since.

I will never live in my hometown again.

But, you know what?  Having lived all over the country, I can tell you unequivocally, Lawrence is one of the coolest little towns in the country.

Here is my ode to my birthplace.

If you want to know how many people live in Lawrence or the year it was founded or its historical significance as a Pro-Abolitionist stronghold, look it up on Wikipedia (or check out this clip with Rachel Maddow).

This is about my Lawrence:  The Bottleneck and Liberty Hall, Hastings Books, Kwality Comics and The Dusty Bookshelf, Java Break and Henry’s Coffee Shop (both down and upstairs), Lawrence Free State High, West Junior High and, yes, even Douglas County Christian School.  We’re talking South and Centennial Parks, Clinton and Lone Star Lakes, campgrounds and fairgrounds.

And, of course, the University of Kansas.

Hah, who am I kidding, KU is about basketball.

When ESPN lists Allen Fieldhouse as one of the best places in the country to watch a college basketball game, there’s a reason for that.  I wouldn’t exactly say I took going to KU games for granted, but as a kid sitting in the rafters watching the Jayhawks dominate the floor, I’m  not sure I grasped how unique an experience I was having.  Being a KU student on the front row of a Monday night game may be the rare event that tops it.

I hope I get at least one last chance to watch another game in the Phog before I die.

KU sits on the top of a hill that overlooks the rest of Lawrence from the (more or less) center.  In that way, everything about the town rolls down from the university.  Lawrence is a small liberal bastion in a very Red State.  Set us next to San Francisco and we’d look like Sarah Palin, but plop us down by Tulsa and we’d get called Commie Faggots (which I think was one of the mascot choices when we opened the new high school).

I like that Lawrence lives in that constant swirl of left/right impulses.  It creates a balance.  A rickety, sometimes tumultuous balance, but balance nonetheless.  Nothing is more boring than people who all lean one direction, liberal or conservative.  I tend to think my argumentative nature is a family trait, but it might just be a local flavor.

We have our share of hipsters and wannabe artists and musicians, along with more than our share of racist inbreds and good ol’ boys.  If you want to hear someone talk shit on Lawrence, look no further than a Lawrence native.  We’ll rip those emo douchebags and country hicks, those brainless liberals and heartless conservatives.  We’ll tear you a new asshole if you happen to be in the wrong bar on the wrong night.

But we’ll also hug you until your back cracks and buy you a drink.  We’ll attend your poetry slam and clap for your mopey shit and then put your band’s posters up all over town.  Our church youth groups will clean your windows and your toilets (believe it, been there) and we’ll march in your protest, whether it be for gay rights or against abortion rights (hey, I’m not saying I’m happy for all of these things, just saying it’s true).

I guess the point is, we represent a spectrum of views and experiences, not always living in harmony.

We all really only agree on two points:  Fuck Fred Phelps and Fuck Mizzou. 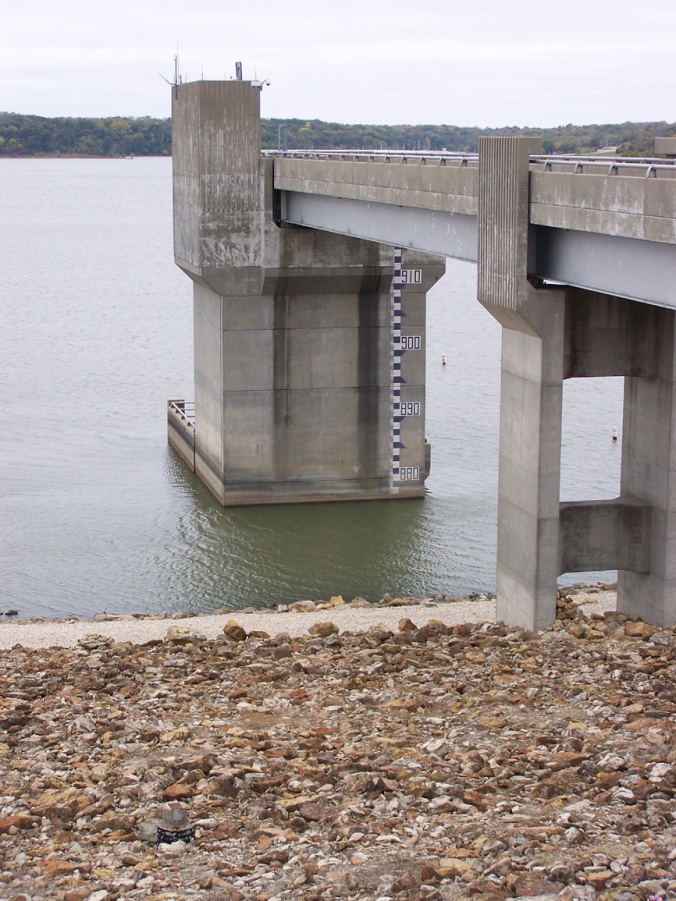 It’s strange how the passage of time washes our memory.  I know that the vast majority of my 22 years in Lawrence was a lonely affair.  Even when I was involved with my church youth group to the point of exhaustion, I never really felt a sense of belonging.  I guess that sort of isolation made me suited for this life.

But, my memory of Lawrence isn’t the bleak, depressing affair I might have envisioned it would be when I was young.

When I felt lonely, I’d drive my car out to the Clinton Lake Dam and stand out on the rocks.  But it’s not the loneliness that sticks with me, it’s the calm serenity of that place, whether it be in gray winter or blue and green summer.

But if I really wanted to see people, I could go down to the Midwest’s own CBGB, The Bottleneck, where my oldest brother likely would have been working the door or behind the bar, and I could count on running into school chums or church friends, teens trying to sneak into an 18+ show or 30-something-year-old drunks who never knew my name but remembered that I was Fonz’s brother.  I could see some of my favorite bands come through or watch somebody I’d never heard of (but in a few years would be chart toppers).

In fact, to this day, if I went downtown (that’d be Mass St to the uninitiated) and stood on a corner for an hour, somebody I knew would inevitably pass by, despite the fact that I haven’t lived there in 6 years and every year brings in a fresh stock of new, hormone-drenched residents.

I don’t regret leaving Lawrence.  I think I would have been absolutely miserable if I had stayed.  Yet, at the same time, I can completely understand how a person could live a full, fulfilled life in the town.  It’s got most everything you could need.  Art museums and churches, frisbee golf and bowling lanes, a plethora of bars along with coffee shops that are open 24 hours (hell, most major cities don’t have that; *ahem*Nashville*ahem*).

We don’t have a zoo.

But otherwise, it’s got what you want.  If you aren’t the type of person who likes living in cities but you don’t want to live on a farm, Lawrence should be on the top of your list.  Keep that in mind if you’re planning a 10 Towns in 10 Years project.

It is what it is.  I am of a temperament that is unsuited to a settled life.  I gave 22 years of my life to Lawrence and that was all I could do.  But my departure shouldn’t be read as a refutation of Lawrence’s worth.

I will always, proudly, be from Lawrence.  Whether or not the city would ever claim me is a whole ‘nother matter.

If you’re from Lawrence, be proud, represent.

If you’ve never been, check it out.  In the wake of this past, divided decade, seeing a town that mixes politics, religion and education so fluidly might actually give you faith in America.

Remember to vote for my next city.