Ex-tra-nat-u-ral: Adj. – 1. Any explanation for unexplained phenomenon that is a possibility in nature, yet so outside the realm of normal human experience and scientific discovery that it is highly improbable.  2. A method of explaining the Supernatural as an aspect of the Natural.

Let’s discuss the idea of God A Designer as a scientific theory.

I think it’s fair to say that the Intelligent Design movement does not mean Spock when they say A Designer.  After all, if we concede that aliens created life on this planet (a theoretical, but unlikely possibility) that would still just leave the question of the origin of those aliens.  It’s merely passing the buck in a way that even IDers would find unsatisfactory.

The Designer then must be something other than just another, ancient biological creature.   After all, the point of ID is to confront the materialistic worldview, specifically biological science’s reliance on a wholly natural approach to describing life and the universe.  The Designer, who or whatever that may be, is something that exists outside of our normal understanding of nature.

The vast majority of Intelligent Design proponents would happily call that Designer “God” and would mean the monotheistic God of either the Christian, Jewish or Muslim faith (ID has made inroads in many Arab nations).  However, as a ‘scientific’ proposal, the Designer need not be labeled in any direct way, and, in fact, the ID movement must be careful to distance themselves from their religious supporters for fear of, rightly, being labeled as reconfigured Creationists (the landmark case Kitzmiller V. Dover Area School District ruled that ID is merely Creationism 2.0 and thus unconstitutional to teach in schools, as the Judge stated in his decision: “For the reasons that follow, we conclude that the religious nature of ID [intelligent design] would be readily apparent to an objective observer, adult or child.”)

(Interested bystanders would be advised to watch the documentary about the case, “Judgment Day,” available to watch for free online.)

It is worth noting (though, not as a mark against ID’s validity) that the outspoken proponents of ID are all very religious (Christian) men, Including Michael Behe (Roman Catholic), Jonathan Wells (Unifacationist), William Dembski (Southern Baptist) and Stephen C. Meyer (Presbyterian), who is the director of the Discovery Institute, the single organization behind ID’s explosive emergence in the past two decades.  Their religious background and association under one Institute’s umbrella by no means debunks ID, but it should be kept in mind when the more conspiracy-minded proponents of ID start claiming a widespread blackballing of ID on ideological grounds (I ask, who is more likely to have an agenda: A worldwide spectrum of scientists with varying backgrounds and religious beliefs, or a singular organization brought together under the flag of one idea?).

Back to the theory: Can the idea of the Designer be somehow both non-naturalistic and yet not religious?  God is supernatural by definition, but to be supernatural is to be ostensibly religious.  Science as it has been understood since its origins has always been interested in the material world.  Even when science has delved into ideas like psychic abilities and ghosts, there has been a determinedly naturalistic approach to the studies.  After all, we are natural, material beings, how else could we expect to understand the world?

The point of religion and faith has always been to try to explain the supernatural, the realm beyond our senses (in the grandest case of Begging the Question the world has ever known).  But, whereas scientists have historically been religious to some extent, it was almost always understood that science dealt with one realm (the natural) and religion dealt with a different realm (the supposed supernatural).

ID hopes to upend that paradigm by claiming the natural world is a window into how the supernatural world exists.  They are seeking to manufacture a middle ground between science and religion, all the while claiming that their feet are firmly set in the realm of science.

The Designer must be something beyond nature, but for ID to be scientific, it can’t be supernatural.

I suggest a new term for this merging of natural and supernatural into a plausible sounding (but ultimately specious) form of nature:

Alien abductions are an extranatural phenomenon.  By that, I mean, from a purely hypothetical point of view, aliens could exist (probably do somewhere in this unimaginably vast universe), and less likely, but still infinitesimally possible, could be visiting our planet and abducting humans.  No real evidence exists for such occurrences and scientific insights lead us to conclude that it is highly improbable, but even a fraction of a fraction of a fraction of a chance that this happens means it cannot be ruled out as a real, natural event.  All natural understanding denies it, but extranatural understanding keeps the door open.

Aside:  One of my favorite shows, “Supernatural” (about brothers originally from Lawrence, Kansas who hunt and kill demons, monsters and other assorted beasts of legend), has taken the classic myths and legends of world religions and combined them into a mythology that is actually less Supernatural and more Extranatural.  The monsters are usually mutants or changed humans and the demons and angels are affected by natural items, like symbols written in blood or a special gun that can kill any creature (and the demons leave behind sulfur wherever they go).

(It may sound a bit hokey when written on the page, but as a show it nicely runs with the humor and excitement that the best seasons of the X-Files had in spades.)

Back on point:  How does this relate to ID?

Obviously, since I’m coining the term Extranatural, this isn’t their stated aim, but it is ultimately what they are trying to accomplish.

The Argument from ID

This is the ‘scientific’ argument of ID, as concisely as possible.

Aspects of nature (the eye, bacteria flagellum) are so intricately fashioned and precisely crafted that if they were missing any parts they could not possibly function as they do.  Since evolution by Natural Selection builds up from simplicity through random mutation [but not by chance, it should be noted], it would have been impossible for these ‘irreducibly complex’ mechanisms to have been evolved.  Therefore, something or someone must have intentionally created them.  Ergo, Designer.

Now, an astute reader will recognize that this argument is not a scientific hypothesis, but rather a logical argument.

It could be reworded as such:

Aspects of nature appear to be intentionally designed.
Natural Selection cannot explain how such designs came into being.
There must be a Designer.

I apologize to IDers who might consider that overly simplistic, but that is the argument boiled down to its most basic form.

As we can see, it is a logical argument, and so to approach it requires addressing the premises and questioning if the conclusion follows.

What can also be plainly seen is that this is not a scientific argument.  Science is a branch of philosophy.  It has specific qualities that distinguish it.  Logic informs science, but it is not science in and of itself.

No (scientific) predictions are made based on the conclusion that there is a Designer.  No testable hypotheses come from the conclusion.  The only pseudo-prediction we could make, once accepting a Designer, is that we will find aspects of nature for which we cannot explain a natural evolutionary development.  But this is a circular argument: “Because of irreducible complexity, God exists, and because God exists, things must be irreducibly complex.”

From a scientific point of view, the idea of a Designer is antithetical to inquiry and exploration.  It tells us to stop looking further, to give up if a problem seems too complex to figure out.

It also assumes that because we have yet to unlock the evolutionary history of the flagellum that we never will.

If the ID movement can affectively transform The Designer (God) into a logical conclusion, they will have moved this supernatural figure into the realm of extranatural existence.

So, the question remains, do they have a sound logical argument?

Let’s look at it again:

Aspects of nature appear to be intentionally designed.
Natural Selection cannot explain how such designs came into being.
There must be a Designer.

We must look at the first premise.  The words ‘appear to be’ in there is important.  If we leave that out, the argument is a logical fallacy, “Begging the question.”

Aspects of nature are designed assumes a Designer, the conclusion.

That ‘appear to be’ in there is important not only for logical consistency, but because it allows us to probe further.

The second premise is where all the heavy lifting is done.

It is, in fact, missing an important word.

Natural Selection cannot yet explain how such designs came into being.

Science is an ongoing endeavor and to assume that a lack of knowledge now precludes future knowledge is counterintuitive and in complete disagreement with the spirit of science.

Furthermore, the leap from the second premise to the third premise is another fallacy, a False Dilemma.  It assumes if not X, then Y, but it gives no reason for ignoring a potential Z, or A through V.

If any of A through V, or Z, is true, then it would undermine X (Natural Selection) and Y (Intelligent Design) equally.  For any of the hypothetical alternatives to X & Y to be considered, though, they will have to be testable, researchable and capable of making predictions.  Natural Selection has all of these features.  ID does not.

And that is where we live, with two prominent theories, one that has been vetted for 150 years and, while not perfect, has stood the test of time, and another theory that has existed since the beginning of time, yet has never produced a satisfactory prediction, test or repeatable result.

The Designer (“by any other name”) is still Supernatural.

The Intelligent Design movement is attempting to give said Designer an Extranatural makeover, but they lack the science and the logic.  They have some pretty confounding rhetoric, though, so don’t expect them to go away anytime soon. 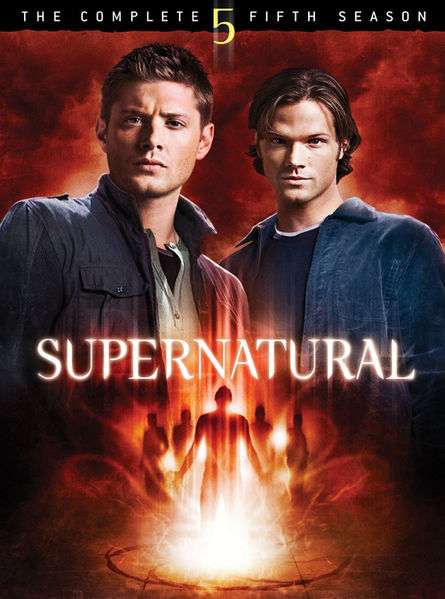 One thought on “Extranatural: How Intelligent Design Hopes To Reclassify ‘God’”