In less than a week, I will fly out of Nashville on my way to Seattle.

But before I hit the Emerald City, I’m taking a detour through the Windy City.

As you know, Chicago was my previous city, a city that encompasses all that I love about urban living.  Getting a chance to return for a few days and see old friends has me pretty pumped.  I don’t make return trips often.

In fact, only one other time.  While living in San Francisco, I returned with my girlfriend of the time to Orange County to accompany her at a family funeral.  This is that story.

The family included a rather deplorable mix of cheaters and liars, and the funeral provided me the opportunity to hear much of their sordid history.  If I confuse some of the details, you’ll have to excuse me, it’s been a few years.

As I recall, my ex-girlfriend’s (let’s call her “Susan,”) father had learned that his mother had had an affair decades ago, but hadn’t confessed it until recently.  Susan’s father was actually the product of this affair, and thus not related to the man he was raised to believe was his father (and only a half-sibling of his brother and sister).  The funeral was for Susan’s great grandfather, the father of the man who raised her father, but who was not in fact his true progenitor.

If that sounds a little confusing, believe me, I know.

I wasn’t close to the family (to say the least), and didn’t want to be there, but Susan wanted me there so I went.

Now, Susan’s father didn’t like me.  Not from day one.  When he found out she was taking a year off college to move with me to San Francisco, he blew up, storming out to the yard where we were playing horseshoes (?) and cussing me out to my face and essentially disowning his daughter.  This was a 225-lbs man staring down me, a gaunt 145-lbs man.  While at the time I felt angry about his attack, I understand his point of view.  His daughter had only known me a couple of months and had left a long-term boyfriend to be with me, out of the blue.  If I were a father, I’d probably freak out, too.

Lucky for him (and her), I didn’t turn out to be a con artist or a flighty man taking advantage of a susceptible girl.  By the end of our two years together, Susan’s father had to begrudgingly admit I had done right by his girl.  But it made no difference to me, he had already lost any trace of respectability in my eyes.  This is why:

While back for the funeral, Susan and I stayed at her family’s house.  This was around Christmas, and even though I don’t celebrate the holiday, I was reluctantly included in their celebration (neither I nor the family really wanted me to be there).  During those few days back, her father took every available opportunity to make snide remarks to me, mostly slight digs at my personality and jobless situation in San Francisco, generally when Susan wasn’t within earshot.

As you may know, my move to San Francisco coincided with the first severe trough of the Great Recession.  It would be nearly 5 months before I landed my job as a supervisor at an independent bookstore.  Up until then, it had never taken me more than 5 weeks to find a job, so by December, I was pretty despondent.  Susan had managed to land a temporary job by this point – something she would have for a little over a month – but our money situation was tight.

To help out with the bills, I had taken to making money however I could, including participating in a mock jury and other research opportunities.  I spent two weeks in a hospital participating in a drug trial.  During the trial, I was given two drugs, one an opiate and another a drug meant to counteract the effects of that opiate.  The idea was to find a drug cocktail that could be given to heroin addicts to help them kick their habit without the severe withdrawal effects.  Unfortunately, it worked.  For two weeks, I spent every sober minute on a single floor of a hospital, most of that time in my one bedroom with the windows blocked so that no sunlight could come in.  If I wanted to see any sun, I had to walk down the hallway to the elevator terminal to look out a picture window that looked out onto a courtyard in the middle of the hospital buildings.  But that was as close as I could get to freedom, because I couldn’t even ride those elevators to another floor.

I was compensated well for my time and the study provided rent through December.  While Susan had to pay upfront, I paid her back in entirety.  I wasn’t happy with the situation, and certainly she wasn’t either, but it was necessary until I could find consistent income.

Back in Orange County:  It was the morning we were to return to San Francisco after the funeral and I was carrying our suitcases out to the car while Susan got ready inside.  Her father was outside in the garage, as he usually was, working on his motorcycle.  He watched me load the bags in the car and then stopped me as I walked back toward the house.

“Finally pulling your weight around here,” he commented in reference to me loading the car.  “It must feel good to be a man again.”

Here it was.  Having not abandoned his daughter or taken her money, he latched onto the next apparent flaw: I wasn’t a real man capable of taking care of my girlfriend, his daughter.

I could accept his distrust of me because it was reasonable (though wrong).  But having this person equate my manhood with my ability to make money was the final straw.  I was sick of dealing with this neanderthal.  I’ve had my manhood questioned plenty of times in my life, and I’ll have it questioned in the future.  The notion that a man is only a man if he is supporting a woman is pervasive in society, even though it’s an archaic, backwards view.

Let’s set something straight:  If I had been doing nothing but sitting on my couch all day and waiting for her to bring home her wages, there certainly would have been room for judgment.  But I was struggling every day to find work (as a great deal of America is, even still), or any other form of income.  It wasn’t a proud period in my life, but I was not lying down on the job.

Now consider this man:  In a scenario fit for a daytime soap, Susan’s father had found out that he had a long-lost aunt through his mother’s illicit affair.  That aunt had been very wealthy and, upon her passing, had left him a large house in Utah and somewhere in the neighborhood of $100,000 in other assets.  Susan’s was not a particularly well-off family, despite the stereotype of Orange County, so a hundred grand represented a considerable sum of money for them.

He bought a stable of run-down cars and a motorcycle and sat them on his front lawn like toys in a playpen.  While his daughter attended college and struggled to pay for it, taking out loans that she’ll be paying off for the rest of her life, he was splurging to have his driveway widened to fit more cars.

This was the man questioning my manhood.

Well, if manhood is defined by how you care for your family, especially your children, whether that be financially or emotionally, he was a failure.  At times unfaithful to his wife and a reluctant father from the start, circumstances had given him a major opportunity to redeem himself and be a better parent than his mother had been.  Instead, he selfishly indulged his materialistic need for useless possessions, wasting a miraculous opportunity.

I hadn’t even wanted to return to Orange County, let alone see Susan’s family again.  I had put up with this man’s insults and jabs all weekend, but this final display of disrespect was all I could take.

I didn’t speak another word until we were nearly two hours out of Orange County.  Susan recognized I was pissed but I refused to explain the situation until I had put distance between me and her father.  When I did finally confide to her what had transpired, she called him up and bitched him out, but words were irrelevant by this point.

I knew the true heart of that man, and it was nothing I could respect, and nothing I needed to respect me.*

There are moments where you get to see an example of how to live, and you can decide if it’s something worth emulating.  I know, if I am ever a father, I want to be nothing like this man.  He earned his family’s love like an abusive boyfriend, intermixing spurious displays of affection with reprehensible acts of selfishness.

If that is manhood, who needs it? 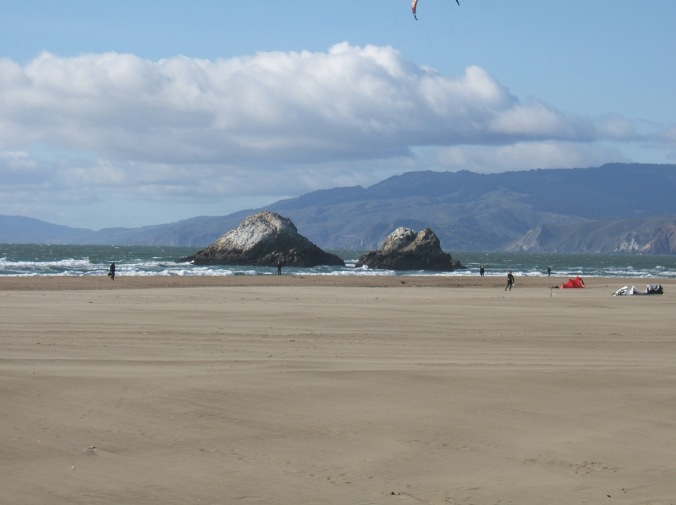 *The great irony of this story is that a year later, he and his wife were borrowing money from Susan because they were in debt due to a poorly thought out business idea.

One thought on “A Return Trip”