In it, Glaeser suggests that perhaps looking towards retirement isn’t the only way to envision our grayer years.  He presents substantial numbers in the piece to compare the percentage of retired 65+ers now to previous decades, but the important takeaway is that in our current economic times, retiring at 65 isn’t as easy or desirable as it once was.

An interviewer asked me how I’m planning for my retirement, to which I responded that I don’t foresee ever retiring from writing.  Writing is who I am.  If I ever lose the desire to write, than you might as well just bury me (I can accurately gauge my level of depression by my desire to write).  Possibly, the question was meant to imply, “When you give up on this writing dream and get a real job, how do you plan to retire from that job?”

I have no idea, that isn’t even a consideration.

Retiring has always seemed to me like the thing you can’t wait to do because you are working a job you hate just to support your family.  In that way, retirement feels like a product from the 50s/60s era of work mentality (that is, of course, an oversimplification and a baldfaced generalization).

My impression of retirement is someone saving up money through 30 to 40 years of work and then spending their last 15 to 20 years traveling the world, seeing all the places they never saw as a younger person (or golfing in horrific pants).

Which is essentially what I’m doing now (not quite the world, not yet).  So, what would I do in my retirement?  Work in an office?  Golf?

No, retirement isn’t a stage in my life plan.  I’m not sure that it should be for anyone.

Work Until You Die

Two recent deaths have caught my attention, but maybe for reasons other than most:  Steve Jobs and Andy Rooney.

This isn’t where I offer some trite eulogy of either man, or lay out the facts of their tyranny either (though, I did hear that Andy could be quite a dick).  No, what struck me about both deaths is that each one died mere months after stepping down from their careers.

Both men had to know death was approaching, and so they retired to have a couple months reprieve.  Not years, months.  Both men clearly loved what they did, so they held on as long as possible.

This isn’t an uncommon phenomenon.  It’s well documented that having a purpose (job, spouse, child) helps people who are near death hold on longer.  Many people die soon after the death of a spouse or, as I’ve already illustrated, the retirement from a career.

But might I suggest that we think about this differently.  We are all near death.  We are all holding on because we believe what’s ahead has promise and what we have now has meaning.  Suicide is the other option, and if you’re reading this now, you’ve obviously not taken it.

The Proper Use of One’s 20s

Some critics have suggested that I’m wasting my 20s (not the majority opinion, but still a common one), that I will reach the end of this project and be starting my career at ground zero, whereas the others of my generation will have a ten-year advantage on me.

I see two problems with this viewpoint:

First, as the article above discusses*, people in their 20s aren’t finding careers like they used to be able to.  Unemployment among 20- to 24-year-olds is 15.5% (and not because 15.5% of them are lazy hippies).  I’ll be finishing up this project when I’m 32.  For a lot of people my age (by no means all), they will still be trying to get their foot in the door of their desired career at that age, or maybe starting over having attempted a career they found unfulfilling.

There will always be people ahead in the game.  Circumstances and luck play a part in all life paths.  22-year-old college graduates don’t all start off even and then just follow the rocket up to success.  Life is more complicated than that.

If I’m fighting for a career position when I’m 32 like so many others of my age will be, I’d like to think that this 10-year project will have proven to be something that sets me apart.  Certainly it’s taught me how to survive in lean times.  I don’t imagine being outgunned by a bunch of people who worked dead-end cubicle jobs for 10 years.

The second problem I have with this criticism is that people are assuming I’m not pursuing a career now.  I am.  My career is traveling and writing.  What do they think I’m going to do with a degree in writing?  Teach?  Can you imagine me shaping the minds of tomorrow’s leaders?  Egad.

(It’s not like teaching is all that stable of a profession, anyway.  Hell, if Republicans get there way, the teaching profession will make what I do look like a career in law.  Godspeed to all you current and aspiring teachers out there, I don’t envy your situation, but I appreciate those who do it.)

I’ll be done with the first major leg of my ‘career’ by 32.  I’m confident I’ll have a book deal by the end of it.  As far as careers go, 32 isn’t that old to find success.  That would be a reasonable age for a lawyer or doctor or fill-in-respectable-job-here to achieve a first milestone in their career.  The difference between me and those ‘real jobs’ is my doctorate program is on the road.

Am I guaranteed a successful book publication at the end of 10 Cities?  Hell no.  Nothing is guaranteed, not even for doctors and lawyers.  You have to fight for your successes, and that’s exactly what I’m doing.

Why must someone begin their career at 22?  Just because that’s when most people finish college doesn’t mean that’s when the exploration period of their life should end.  We are working longer.  We are living longer (well, you are; I’m gonna be dead at 42).  I think spending one’s 20s exploring different careers and cities and relationships is just common sense.  Why are we rushing to the finish line?

We’ve been programmed to think that we must get an education for 20 years, work for 40 years and then live in bucolic retirement for 20 more.  I think we can do better than that.

No, I’m not advocating some sort of hobo lifestyle of joblessness.  I’m saying, spend your 20s (and your 30s if you want) trying new things out, seeing what career suits you.  Your college degree doesn’t set your career in stone.  Why would you want your life to be determined by a decision you probably made hungover while playing Madden Football?

You could conceivably spend that time discovering a career you would want to work at until the day you died.

Besides, you might as well spend your 20s exploring, because the job market is shit and you probably won’t get the job you want, anyway.

I’m not naive.  I get what the rush is.  Money, money, money.  We want some of that sweet In-God-We-Trust nectar in our pockets.  You need to start early so that you can collect as much as possible.  And once you’ve got it, you’ll wisely protect it by investing in stocks and houses and 401ks.  Because, everyone knows, if you devote yourself to making money and horde as much as you can, nothing could ever possibly come along and take that away from you.

There’s nothing wrong with money or success.  But both can be fleeting, especially in a system where the richest, most powerful forces have no problem taking what you have and squandering it with shrugged shoulders and a sheepish, “Oops.”

The difference between me and a lot of people (presumably the critics) is that I’m not saving for retirement.  I’m living my retirement dreams now so that if I’m ever old, I don’t have to be wheeled around to the Sears Tower or the Space Needle with my piss bag riding alongside me.  (Sorry for that image.)

Besides, I’m only going to live til I’m 42, so why plan for retirement? 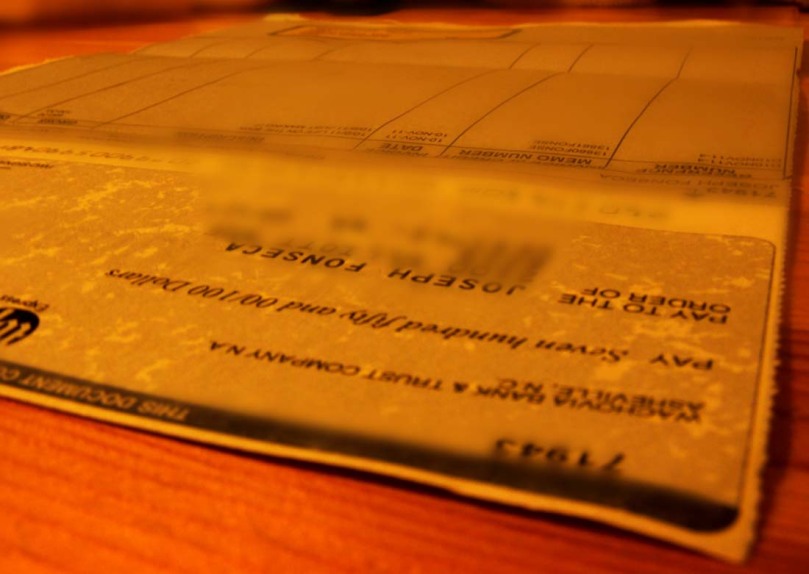 *The article also mentions that, on average, American households only save 4% of their annual income each year.  Every year I save 15% or more.  Once I stop relocating every year and having to find new work, my saving skills will put me well ahead of the game.  Not that I’m playing.