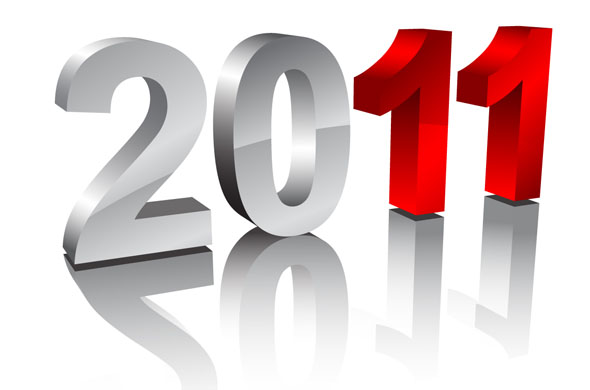 It’s that time of year again.  Year End Lists time.  Rolling Stone does it, Pitchfork does it, the New York Times, Washington Post and NPR all do it.  Time Magazine does it in spades.

We’ve come to the arbitrary end of 2011, and so now it’s time to unfurl the lists of the best (and maybe even worst) of any random thing.  Don’t mistake my snark for disinterest.  I actually love reading these lists and will be gobbling them up for the next few weeks.

But whereas I enjoy reading and being enlightened by the lists of major publications because I know their reviewers will have seen or listened to ten times as many movies and albums as me, I don’t have too much interest in the lists of bloggers.

Which is why I don’t do them.  I think I bought 10 albums all year, so I can’t very well make a Top 10 list that means anything, and I know I haven’t even seen 10 movies in theaters this year.  (I have rented a great deal and enjoyed very many of the small releases this year).

When my friends and fellow bloggers make these lists, I’m always skeptical that they’ve experienced enough variety throughout the year to give their listing any meaning.  But then I remember they’re all mostly white, middle class kids with disposable income, so who knows, maybe they really have bought 100 albums in the past 365 days.

But I haven’t.  I’ve experienced a lot of music this year, mostly one track at a time through free mp3s (I scour the blogs this time of year to snag every song I can find), and have frankly been mostly disappointed.  So much of the music has felt emotionless and remote, I just can’t say there are any new bands or artists that have really captured my attention.  Don’t get me wrong, I’ve enjoyed some new acts this year, but just not enough to seek out their albums.

For whatever reason, there has been a dearth of visceral music this year.  For me.  Maybe for you this has been a great year for songs of resonance and you can illuminate in the comments what I’m missing.

My musical feast largely consisted of work by longtime favorites, with albums from Radiohead, Ryan Adams, Beirut, the Decemberists and Death Cab for Cutie.  All of these albums I have enjoyed thoroughly, though none are my favorite by that particular artist.  I’ve enjoyed the new Coldplay and Florence + the Machine albums, but they didn’t blow me away.

Bon Iver’s self-titled album has probably been the most disappointing album for me, as it feels like a victim of the emotion-vacuum that a lot of indie music has been going through this year.  It’s a solid enough album, but nothing connects the way almost every song on “For Emma, Forever Ago” did.  Plus, that final song, “Beth/Rest” is one of those ‘love it or hate it’ songs that I find myself hating.  (“Holocene,” on the other hand, does stand out quite beautifully.)

Clap Your Hands Say Yeah released an unremarkable album (I really wanted to love it), whereas Nicole Atkins surprised me with a sleeper album that I just keep returning to and enjoying more and more.

All and all it was a pretty damn good year for music from bands I already love, and if I had to pick a favorite album of the year, it would probably just end up a 4 or 5-way tie.  For the record, I really dig “The King of Limbs” and find it to reward concentrated re-listens, the same way Kid A and Amnesiac did.  But I understand if people don’t get into it, it’s a 180 degree turn from “In Rainbows” in that it doesn’t seem at all interested in pleasing a wide fanbase (the recently released singles “The Daily Mail/Staircase” are definitely still worth the $2.25).

For new music, though, I feel pretty blah.  There definitely isn’t a new favorite band for me.  That’s not to say that I won’t eventually come across something from this year that will really spark with me, but at year’s end, 2011 was a year dominated by old favorites, not new finds.

So, no top 10 albums or songs this year.  What I want to leave you with, instead, is the one song that I feel owned 2011.  It wasn’t by one of my favorite acts and it wasn’t by a brand new artist.  You know this song, you’ve heard it a million times.  And there’s a reason for that.  It was the perfect pop song.*

Where the indie landscape felt like an emotionless wasteland, Adele released the most emotionally wrought and true song I’ve heard in a long time.  If “Someone Like You” doesn’t resonate with you, then you have never been in love or had your heart broken.  And aren’t those the two reasons we turn to music?

This song, and the album, will top a great deal of top 10 lists this year, and deservedly so.  In fact, any list that doesn’t have this song in it is pretty much disqualified.  I don’t care how many times you heard it, I don’t care if that annoying girl at your gym loves it, I don’t care if it was used in too many tv shows.  A great song transcends all your dumb reasons for dismissing it, and this is the One Great Song of 2011.

So, maybe this won’t be a year I return to a lot when I’m going through my library, but I guarantee that I, and all of us, will be listening to this song for years to come.  And that’s one badge of honor 2011 can claim.

So there you have it:

*I don’t hear the radio or watch a lot of ABC medical dramas, so I don’t hear most of the big songs each year, but I will say another song I’m totally loving right now is Rihanna’s “We Found Love.”  It’s not a guilty pleasure**, just pure pleasure.

**Foster the People’s “Pumped Up Kicks,” on the other hand, is pure guilty pleasure.

2 thoughts on “Song of the Year” 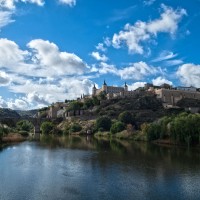