For the fifth month of the New Band feature, I selected prog rockers,  King Crimson (read my initial thoughts here).

How progressive are my feelings about them?

Kind of middling, but with a healthy dose of respect for their obvious influence.  There was no chance I was ever going to delve into the entirety of King Crimson’s discography, so my focus was mostly on their first two albums, In The Court of the Crimson King and In the Wake of Poseidon, while also doing my best to sample tracks from throughout the span of their career, such as the epic “Lizard.”

What I found is what I’ve come to expect when hearing the term ‘prog rock’: Kitchen Sink rock music as filtered through the freewheeling improvisational stylings of jazz.  Of course, jazz and rock are very different beasts, so what can feel unrestrained and exuberant from a jazz musician can seem ponderous and trite by a rock band.  That said, I’d much rather watch jazz musicians live than listen to them on an album, so I’m willing to bet that hearing some of King Crimson’s extended jams live might make them really explode with excitement.  Then again, maybe not.

What I found so interesting about King Crimson, though, was that when they weren’t rocking or jamming, they seemed to mostly settle into a kind of early 60s folk sound, a la Pentangle or Simon & Garfunkel, especially on tracks like “I Talk to the Wind” or “Cadence and Cascade.”  This is actually where I find them most engaging, maybe because this is where it’s clear just how tuneful and melodic their music is.  That aspect of their music sometimes gets buried under the experimentation and noodling.

At their most avant garde, King Crimson bares some similarity to Can circa Tago Mago (or is that the other way around?), which is a good thing but also a bit of a barrier.  After all, I own Tago Mago and listen to it with some regularity, but if I’m not really ready to engage with it, it too easily becomes background  music.  In the same way, the mysticism of King Crimson’s lyrics can be intermittently interesting or annoying, depending on how much energy I have (they still scan like bullshit no matter how I’m feeling, but at least sometimes they can feel like fascinating bullshit).

Will I Buy An Album?  I’ll have to come back to this.  If I were to buy an album, it would definitely be their second album, In The Wake of Poseidon.  While their debut album seems to be their most well-known (at least if the familiarity of the cover art is to be trusted), this second album felt more developed with stronger songs.  I’m still not sure how often I’d revisit it as an album, but it might be worth picking up eventually.

Favorite Song:  “Cadence and Cascade” is pretty much right up my alley as far as folk music goes.  It was the first track of theirs I listened to that actually made me stop and really pay attention.  That’s kind of ironic, considering it’s probably one of their simplest, most straight forward tracks.  Still, if there’s one song of theirs I’d want in my collection, it would be this lovely little number. 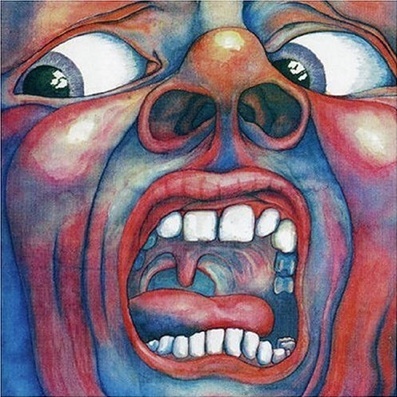 Next Month: He Makes House Calls