In the era of constant connection, how do some remain invisible? 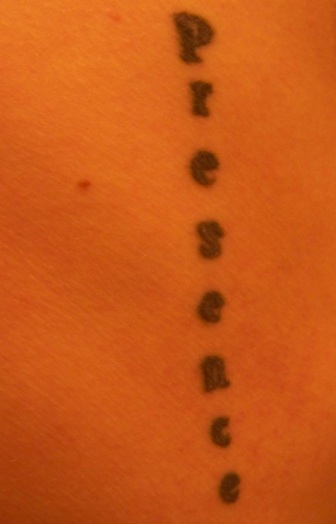 Like most writers, artists and non-hunks/babes of the world, I was largely anonymous in my teen years. I had my friends, my groups and my failed attempts at finding love that inevitably led to heartache, but while I was a bit higher profile than some (due to my role in my church’s youth group), I still felt invisible.

I can’t imagine anyone at my 10-year high school reunion stood around asking, “Where is Joseph?”

When I entered college and left behind my childhood faith, I wandered away from many friendships (not all) and into a new social realm. Despite this radical shift, though, I wasn’t any better known in college.

There is an underlying trait (perhaps flaw) to my personality that keeps me from being the center of attention. I am quiet. I do not demand attention by sheer force of will or charisma. I have no ‘flash.’ It can take me weeks if not months before I open up with new people (coworkers, drunks at the bar, etc.). With every move, I think, “This’ll be the year that I’m different, I won’t be shy, I’ll come out the gate being the person I am at the end of the year.”

And every year I start at zero.

I Don’t Have Asperger’s, But…

Maintaining eye contact is incredibly difficult for me, a feat of conscious control. Likewise, idle chatter is a burden. On my good days, I can bullshit with people for a few hours before I feel worn out. On my less-than-good days, I don’t even try to fake it. My responses to generic questions like “How are you doing?” are rote and practiced, intentionally closed off to discourage dialogue.

Well, I’m a writer. I’m not describing anything unique to my species. There are certainly boisterous, outgoing writers, but those types of people are rarer and (this is the snob in me) I often wonder how serious those types of writers are about their craft. I write because it’s the only way I feel comfortable communicating. If I was better at socializing, would I even need the form?

My kind of anxiety-ridden ‘artist’-type has always existed. I’m nothing new. But we live in a very unique age that allows us socially phobic types to be more expressive, less hidden. Less invisible.

The internet provides a multitude of venues for being heard. Blogs, Facebook, Twitter, YouTube, any of the other dozens (hundreds?) of forms for communicating that only the world wide web could have fostered. Though I’ve tended to be slow to adopt the evolving medium, once I am onboard I engage pretty obsessively. This is the nature of us quiet, pensive types. Given an outlet for our thoughts and emotions, we will not hold back. We’re fire hydrants bursting forth. (As if to substantiate the social anxiety we have carried all along, our oversharing often turns off large swaths of people.)

As one could imagine, this trait isn’t always the best. In fact, it’s kind of the worst. We become so accustomed to sharing our every thought that we struggle to turn it off. Most noticeably during two periods: Contentious events (for instance, a presidential election) and ‘dramatic’ personal events (like a break up).

Flashback to a month ago: The re-election of Barack Obama happened to coincide with the sudden and crushing termination of a relationship I foolishly pursued. No good could come of this.

Foreseeing a disgusting convergence of gloating posts alongside self-pitying emo lyrics, I didn’t like what I (the online ‘I’) was about to become. So I shut it down.

I didn’t erase my online presence, I merely decided not to participate. I went invisible again. I returned to the days when I didn’t (couldn’t) seek validation through how many red notifications I woke up to.

And let me tell you, it wasn’t easy. This bursting fire hydrant suddenly got the wrench.

My self-imposed rules: No Facebook. No posting, no commenting, no liking, no presence. I still logged on and read posts (I think social networking is for the most part a good thing), but unless someone sent me a personal message that required a response, I didn’t add anything to Facebook.

No Twitter, either. I’m not a big tweeter (or, whatever), but I tweet occasionally and I retweet what I enjoy. So, none of that.

No Foursquare, no ‘checking in’. No commenting on articles, either. No doing anything to impose an online presence. And as a voracious reader of online articles with comment boards, this was no easy act of self-control.

Most pertinent to this site: no blogging. 10 Cities / 10 Years went silent for a month. I still wrote posts, but I either saved them as drafts or published them privately (now public).

For one whole month I avoided contact with anyone outside of New Orleans, and frankly I haven’t been all that social here, either.

As my month away progressed, drops of friends and family trickled in. A few people texted, commented on my wall or called me. These people, to my surprise, noticed my absence. And they were concerned.

I have a mental illness. On this site, I haven’t shied away from discussing this fact because I believe the topic should not be ignored. I am not alone, of course. Mental illness is tragically common in the population. Unfortunately, we as a society generally ignore the topic until it’s forced to the forefront by some unthinkably horrific event.

The mentally ill are not created equal.

My mental illness does not mirror that of Adam Lanza or James Holmes. At worst, my harmful impulses are inward, never outward. I have never harmed another person (except in the way we all hurt each other), and I never would. There is no cure-all for mental illness just as there is no one symptom common to all people who suffer from it.

Mostly, I feel comfort in invisibility. Human contact is exceedingly difficult for me. I created this project in order to challenge myself in this regard and I have definitely grown because of it, but growth does not mean transformation. I am and will certainly always be someone for whom human interaction is a struggle. Having my trust abused and feeling betrayed by close relationships only makes it all that much harder. Regardless, every venture outside of myself will always require an effort of Herculean mental strength.

For most of my life, being invisible has both been my severest curse and my greatest relief. I write because the voice inside my head will not be silenced and I need it to be heard. But when I feel weak, ugly, tired, sick, poor, despised… translucence is a welcome trait.

I don’t know what it’s like to not be mentally ill. I don’t understand how those types of people see the world, no more than they understand me. Us.

The mentally ill deal with their pain and persistent, haunting ghosts in the shadows. They are the invisible. Until they are not. And then, usually, it’s too late.

I am still here. I will still be here for the foreseeable future. Some days are worse than others, but I’ve lived with this long enough to believe I will continue to muddle through. I fight this mostly on my own. But on rare occasions, someone steps through the ether to offer their presence.

In the wake of Sandy Hook, maybe we’ll do a better job as a society of addressing mental illness, in all its forms, to prevent the tragedies from continuing to pile up.

But I fear that more than likely we’ll return to ignoring the invisible sickness.