Move around enough, meet enough strangers, come face-to-face with enough gray-haired 30-year-olds, and you will inevitably be confronted with this confounding “truth”:

Gravity is a lie. We never landed on the moon. Obama is from Pluto. Jesus wasn’t white (nor was he Jewish). Your broccoli isn’t organic.

There is a certain portion of the population whose entire raison d’être is convincing anyone who will listen that the reality they know is a lie. For them, the Matrix isn’t just an excuse for Keanu Reeves to have a career, it’s a philosophical treatise on par with anything Johns Locke or Calvin ever produced.

You can recognize these people with a simple test: If someone posits the idea that we all live in an alien’s virtual reality simulation, and they not only nod along but attempt to extrapolate moral philosophy based on this idea, they might be a dipshit.*

I’m sounding bitterly dismissive, so I should explain. I have no problem with questioning or doubting. The scientific process is built on challenging established understanding and launching ourselves into new realms. The greatest scientific accomplishments of human existence would never have occurred without people willing to take the ‘known’ and test it. A mind that says we know everything we can possibly know and there is no new information is, essentially, religious. I cannot support such thinking.

But, just because I respect the inquisitive mind, doesn’t mean I give credence to the cynical dismissal of all knowledge.

My problem with people who make the statement, “Everything you know is wrong,” is that they are inherently dishonest. They tell you to question everything, then check their iPhones for the latest updates on ConspiracyBullshit.com. We live in a society where scientific advancements completely shape every aspect of our lives. Someone can pretend like they ‘question everything,’ but test that resolve and they’ll prove to be empty-headed charlatans.

Medically, everything from flu shots and vaccines to heart transplants and brain surgery rely on a firm understanding of biology and human physiology, all brought to us by hundreds of years of research and study. A very select minority truly rejects all medical science, and they’re called Christian Scientists. And we don’t have to pay much attention to them because natural selection is pretty much killing them off.

How about technology? Unless you’re Amish, you’re probably reading this on your laptop, smartphone or virtual reality glasses. None of that technology would be available to you without decades of established and verified scientific research. Scientific knowledge is partially about challenging preconceived notions, but even more importantly it’s about building on the work of those who have come before.

The mantra of “Question Everything” is meant to suggest humility, by insisting that we humans are incapable of understanding the mysteries of the universe. But, in fact, the philosophy that claims “everything we know is wrong” is the most arrogant worldview available. It suggests that we, as individuals, can simply dismantle the work of millions of thinkers, scientists, doctors, researchers and philosophers who have come before us. And all because we took the blue pill. Or the red pill. I don’t actually remember which is which.

These Universal Cynics are liars and fakes. Like relativists and religious fundamentalists, if you actually put their philosophy to the test, one of two results will occur: Their hypocrisy will cause them to buckle, or they’ll die.

Everything you know is most emphatically not wrong. A lot of what you know is, in fact, completely, unquestionably true. Gravity is real. So is evolution, and the germ theory and Obama’s birth certificate. If you’re going to question someone, start with the people who use a website to tell you to doubt everything, a website powered by decades of established scientific research.

Yes, we must challenge, question and never grow complacent with our search for greater understanding.

But, no, we must not begin from the solipsistic view that if we don’t understand an answer, or don’t find it personally satisfying, it cannot be true.

Instead, we must begin with the realization that all human thought and inspiration stands on the shoulders of giants, and to dismiss those generations of advancements is like willfully climbing Mt. Everest from the base when we have a helicopter to carry us above the death zone.

*My issue isn’t with the idea that we might be a virtual simulation. While I don’t buy it, even if it were true, it’s meaningless to discuss. Our reality is still our reality. If there are rules that can be learned in our universe, we should be trying to learn them, not wasting our time looking for the theoretical exits. 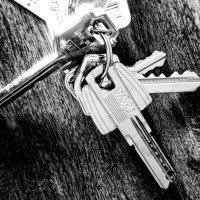 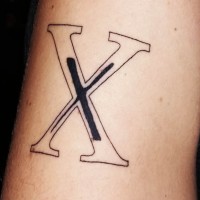 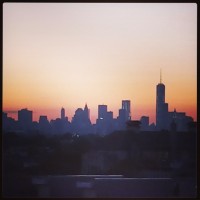 Happy birthday love. @helen.nancy #LockdownBirthday
This just keeps making me laugh. Currently in our foyer. Sound on for @wilco. . . . #JesusWept #TheLastSupper #Spain #Art #EccoHomo #EccoMono
Click the link in my profile to read a first-hand account of life in #Madrid amidst the #coronavirus pandemic. We are under #quarantine and working from home. Upcoming trip to the States has been canceled. It's frustrating, but all for the greater good. Don't go out to bars, don't stock up on Vitamin Whatever, just stay home and stay safe. Cheers.
The #clouds over #Liverpool were great last Friday. Just some shots from our #Beatles centric tour of the city. (And #BillyFury.) #travel #TravelPhotography #england #fuckthesun
Happy 2nd anniversary to my beautiful, funny, glass brick-loving pareja. May the future hold many more windy days and TGB sightings. @helen.nancy
Sound on.
Starting #2020 legally high.
Another from Islas Cies. The #views on this island were pretty sensational. Worth the short hikes. #IGTravel #Hikes #Skyviews #Island #IslandLife #Spain #España #roamtheplanet #bnw_planet_2019
In the pines Photo: @10cities10years Views from #IslasCies, deemed the best beach in the world by the @guardian. #Instagood #views #Clouds #beach #pinetrees #Cies #roamtheplanet #IGTravel #TravelPhotography #Beautiful #instadaily #summer #sun #travelphoto #instatravel #Galicia #trees
My Tweets