I’ve found it difficult to explain to strangers what I do without just unloading the whole endeavor on them.

“I’m a travel writer, sort of…” is usually how I start.

On a surface level, that’s true. I travel and I write, and I write about my travels. So yes, I’m a travel writer. But the term ‘travel writer’ elicits a specific job in people’s minds, and that is most certainly not my occupation. If it were, I’d be lousy at it.

Anyone who would read my writing for Hot Spots or Trendy Eats in New Orleans or Seattle or Philadelphia are going to be sorely disappointed. I’ve never felt all that compelled to hit all the ‘Must’ activities and sights in the cities I live in, and even when I am only in a city for a few days, I’m still a terrible tourist. I don’t have a bucket list or a particular desire to eat the world’s biggest burger. When people say, “You haven’t lived until you’ve…” I think to myself, “Oh, honey.”

10 Cities / 10 Years is a travelogue, but it’s not about physical travel or getting my picture taken in front of landmarks. There are thousands of people writing those kinds of books and blogs, and 99% of them do it better than I could ever hope to. I don’t necessarily mean the market’s saturated, but I would say that my input in such a genre would be insignificant at best.

I probably never should have told anyone I was going to write a book. The truth is, when I started this ‘project’ nearly a decade ago, I had no plans of writing one. Not one about my travels, at least. My usual line was that I was doing this “to inform my writing.” You know, gain some experience, a wider perspective, make my novels stronger. Hemingway and Fitzgerald went to war. That wasn’t an option for me (well, not a good one).

Now that a 10 Cities / 10 Years book is in the plans (if not exactly in the works), I’m regularly inundated with, “Am I going to be in your book?” (even when asked in jest, I know people really wonder) and, “Oh, you have to write about [whatever].”

To the latter assertion, I say, “No, no I don’t.” Just as I chose to live this life because it’s how I wanted to live, I and I alone choose to write about what I want. If you’re interested in reading a history of New Orleans or Boston, I assure you, such things exist. I won’t be writing them.

To the question, I say, “If you have to ask, then probably not.” The people who will populate my book would never think to ask such a question because their world is wide enough. That’s not to say that who I write about are all admirable, fascinating people. Quite the opposite, in fact. Many of the people who will make an appearance in the book will be overtly flawed, prone to selfishness and susceptible to the prodding of their worst demons. I would like to say I’ll always portray everyone with as much mercy and understanding as they deserve, but I’ve got my own demons, too.

So, maybe a better response to the question, “Am I going to be in your book?” is to ask, “Are you sure you want to be?”

This is a travelogue, not about moving from city to city, but about moving from moment to moment through life. The breaks up, the financial struggles, the victories and the failures, the huge life decisions we make in our 20s, and the small ones that feel huge; these are the landmarks of 10 Cities / 10 Years. Our responses to each scenario make up the chapters in our travel guides.

The different cities are the backdrop of my story, a way of showing the universality of the experiences, to show that Red State, Blue State, South, North, East, West, we all pretty much fight the same battles. Sure, everyone’s life has its own unique road markers, and some will live a blessed existence while others have one tragedy after the other befall them, but we’re all here together.

That’s what I love about cities, the big, teeming ant hills. As an individual, we live one path, one story, but collectively we experience everything that humanity can offer, the good, the bad and the absolute shit.

If there could be a moral to my story, it would be that we are not Cowboys, or Rebels Without a Cause, or whatever other pop culture cliché we latch onto as an expression of our ‘individuality.’ We are parts of a whole, and we should live with that conviction. People who only care about themselves and their wants and desires, people who don’t know what it means to sacrifice of themselves for someone else, I have no place in my life for them. Be a better person.

I’m A Travel Writer, Sort Of

So, yes, I am a travel writer, of a sort. I’ve lived in a lot of different cities and I’ve seen plenty of landmarks and famous sites, but I’m not writing the Ultimate Guide to Seeing America on a Budget (though I’m sure that would be a bestseller).

I’m writing my story, and the story of other people whose lives have affected me, for better and for worse. Somebody out there is writing the definitive guide to traveling through Southeast Asia on nothing but what they make as a bamboo farmer, and more power to them. Sometimes we read books to be transported out of our lives, to be taken to a place that we’ll never go so we can live a life we’ll never live.

But we should also read books that reflect ourselves, our lives, our strengths and our failings. Even if we don’t like what we see, sometimes we need a mirror. 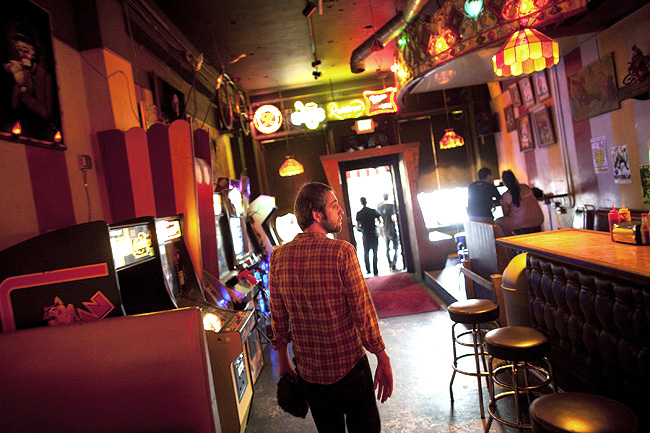 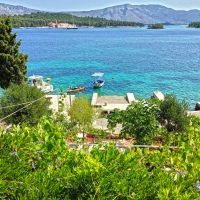