My first week in Boston has come and gone, with 51 more weeks to fill in with the affectations and missteps of living. My ninth year is in full swing.

I’ve spent this first week traversing the city, partially as a means of finding work (which I likely already have; more on that another time), but mostly just to gain a sense of place within the boundaries of this historic, rumbling city. Boston feels gigantic compared to New Orleans despite the fact that, in square miles, Crescent City is roughly 3.5 times the land mass of Beantown. The size of a city is never about square millage, though. It’s about the people. Boston’s population is 3 times that of New Orleans, and that density gives this city its heft.

That’s a good thing in my book, by the way. The highest achievement of humanity is the teaming metropolis. Almost all of our greatest technology and much of our most inspired creativity has come not from the loner living in isolation, but from the collective might of diverse minds congregating in the wondrous humanist cathedrals. 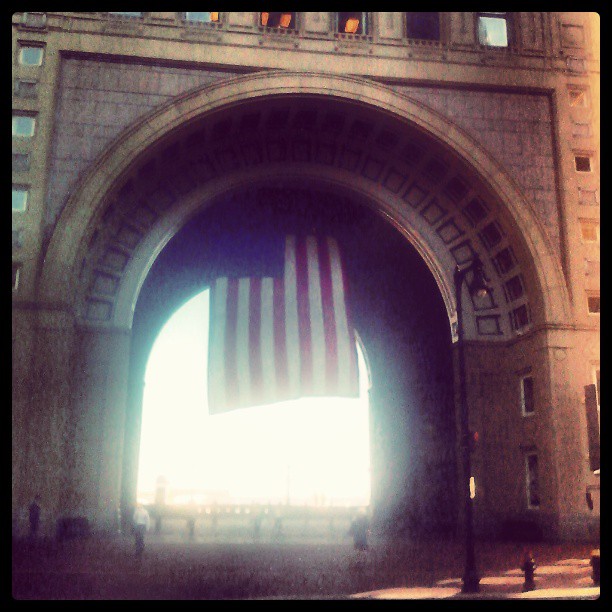 A chief benefit of living in a geographically compact city that houses a large population (21st most populous in the US), is that one can walk for miles. While New Orleans has beautiful houses and historical neighborhoods, there are swaths of land that are either rundown or completely abandoned, and definitely not an ideal place for a solitary walk (especially at night). The same could be said of Nashville.

Alternatively, Seattle is the most walkable city I’ve lived in. With its population on par with Boston and square millage almost double the size, it never felt crowded but it also put all of its space to admirable use. My only experience of Boston’s density, so far, was packing into a stuffed subway car on Red Sox game day. I frequently had similar experiences in Chicago, living just one Red Line stop up from Wrigleyville. I suspect there will be days where getting back and forth from work will feel like being in the middle of a mosh pit.

That is the price of living in a melting pot, and a price I’m happy to pay.

There are many factors that contribute to a city’s walkability. Obvious ones include having properly maintained sidewalks and walking paths, well-lit areas for night walking and a general openness to pedestrians. Those are the basics, and Boston has them. Additionally, a city is walkable if each neighborhood has points of interest. Not every neighborhood has to have bars and restaurants or shopping, but if it’s going to lean suburban than it should at least have nice parks or interesting architecture, something attractive for the eye and mind.

I live in Allston, which is anything but suburban, as it is essentially the off-campus living hub for most of the many, many universities based in Boston and Cambridge. College campuses often have notoriety for being dangerous places, and there are certainly dangers (especially for women) to be found in the darkened corners. However, a campus is probably the safest place, statistically, that a person can find themselves, with their bevy of local security and streetlamps. Allston is grubbier and less manicured than a college campus, but it still has that ‘living in a bubble’ vibe that campuses radiate. This only increases the walkability.

Generally, I’ve never let warnings and risk of harm keep me from walking home drunk through a “bad” neighborhood, but I will admit that some cities have made for more carefree walking excursions. Does Boston have its perilous areas? For sure. But when I walk out of my apartment, I see an ocean of fresh-faced coeds and I feel like the dangerous one.

On top of that, Boston has some truly gorgeous sights. The Charles River at sunset is a work of beauty, as is the majestic skyline that testifies to mankind’s ingenuity. Whether walking at midday or well after dark, Boston has pleasures to behold for the wanderer.

Will Boston prove to have the walkability of Seattle? It’s too early to say, but so far I like its potential. When I go on walks, I’ll usually say I’m going to write because most of my best ideas have come out of setting off with music in my ears and an unexplored neighborhood before me and letting inspiration stir. Having a brand new city to explore excites me, not only for the pleasure of discovery, but because in that exploration lies the nutrients for my creativity.

I have a long/short year ahead of me, and plenty of miles to walk before I’m in New York. My first week was merely the amuse-bouche, but it has me anticipating the full meal.

Keep checking in throughout the year as I provide my thoughts on Boston, living in modern America and whatever other topics my peripatetic feet lead me to consider. And, of course, follow me on Twitter if that’s your thing.