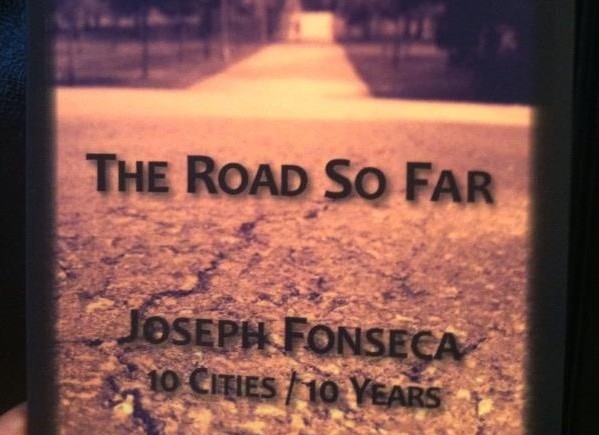 Over the duration of my project, I’ve had a few opportunities to see my writing in print, both in small presses and on the national stage. Every chance to put my writing in front of new eyes offers a burst of excitement, as I’m sure any artist would admit. The real goal for a writer, though, is to put out a book with one’s own name on it, something that is yours and only yours.

For me, such an opportunity presented itself a few years ago when I was approached to publish a collection of poetry I entitled “The Road So Far.” That’s the cover over in the sidebar. If you click on the link, you’ll notice that it’s listed as out of print. I would like to do something about that, but the truth is I have no control over it. “Why?” you ask.

Let me tell you a fantastical story. It’s just a story. I made all of this up. Pure fiction.

About a month after my article in the Washington Post appeared, a woman – let’s call her Susan – contacted me via e-mail. She said she had read some of my writing and was interested in publishing a chapbook through her imprint named Soaring Bird Publishers. It was a flattering offer and I agreed to meet with her.

I write loads of poetry, posting frequently on this website, with a few poems even being published online and in print. But I’ve never considered myself a poet. It’s not where my true talent lies (that true talent: drinking without a hangover), and it’s not my passion. But the act of writing poetry can be very cathartic, a release of pent up creativity when I’m not in a place to sit and work on a novel or short story.

I had previously looked into self-publishing a chapbook just so I could have some writing out in the world, but I ultimately rejected the idea. It seemed like a lot of work for something I was only half-interested in doing, and I am pretty adamantly anti self-publishing. So when Susan offered to publish my poetry, I thought, “Why not?”

Meeting Susan and her boyfriend/husband/partner/haberdasher in a coffee shop in Seattle, I brought a selection of poems I felt were most worthy of inclusion in a chapbook. We sat for a bit, discussed her plans for the collection and she explained that she had worked in the offices of publishing companies for most of her career (not as an agent, though). Having retired from that work, she was interested in finding local artists to represent and publish.

No, it wasn’t Penguin or Harper Collins, and in fact, this would barely be a step above self-publishing. It was someone else wanting to put out my work, though, someone who was going to take the effort and produce a professional looking chapbook. Again, I thought, “Why not?”

The universe has a way of answering those “why not” questions.

My initial email communications with Susan were spaced a month apart in the beginning, our greetings leaping from Halloween to Thanksgiving to Christmas. In January of 2012, we had more regular correspondence and it felt like actual progress was being made. She said she had an “e-proof” of the book and would be forwarding it on to me for editing.

Then silence for nearly 2 months.

In the winter of 2012, I was unemployed and concerns about the chapbook fell on the back-burner. It was a rough couple months of financial insecurity, alleviated partially by a friend who offered me construction work. Around that time, a reporter for the local NBC affiliate contacted me. He had heard about my 10 Cities Project from friends at a party and wanted to do an interview with me. A bit of light in a dark Seattle off-season.

A couple weeks after that piece aired, Susan called me.

My frustration with the slow or non-existent responses was only compounded when she attempted to take credit for the NBC interview. This lie was the last straw: I told her I didn’t want to go forward with the chapbook anymore.

She insisted she had put in considerable time editing the book and promoting it (though she never indicated how) and assured me I would appreciate the final product. I said that if she sent me a physical copy of the book to proofread along with a contract, I would look it over and decide whether or not to sign off on it. She agreed.

Then more silence. Months went by without any communication from her, and the proof never arrived. In May, I noticed an Amazon listing for “The Road So Far,” despite the fact that I had never seen a proof nor signed a contract. I emailed her telling her to immediately take down the listing. No response.

In July, she emailed me that the proof was available for me to read. In the interim months, we had talked a couple times  on the phone and our conversations always followed the same pattern: I’d tell her I was done with this project, she would insist the book was nearly ready to go, and then  I would relent because I figured I was in this far, might as well see it through (I couldn’t give up my dream of having a physical collection of my poems).

When Susan finally sent me the proof, it was abysmal. Riddled with typos, some poems were spliced across 2 or 3 pages and other formatting errors abounded. It was a nightmare. Despite these obvious warning signs, I took the time to edit it and mailed it back with a signed contract. Dummy.

And then, you guessed it, more silence.

On August 8th, 2012, I sent her a brief email: “Have you received the proof and contract yet?”

June 25th of 2013 was the next time I heard from her, nearly 2 years since we first met. She wanted my address in New Orleans so she could send me my 10 free copies of the book (per the contract). I ignored her email. She sent it again a few days later. And again in July. She then contacted me on Facebook and I finally relented.

In an email that was far more civil than I felt, I told her that this process had been “confounding” and that I didn’t believe she had taken the work on with “serious commitment or in good faith.” I explained that I was upset that she had “published” the book on Amazon without letting me have the final say on the last edit, and I, again, wanted her to take the listing down. I gave her my address and asked her to send me what copies she had and then I expressed my wish to sever our relationship.

She didn’t respond by email, but a couple weeks later a package arrived with my 10 copies and a letter. In said letter, she told me quite bluntly that I had signed a contract so Soaring Bird maintained the right to sell the books. She also told me that she had never agreed to give me final edit. I suddenly understood the thematic relevance of a rising bird. 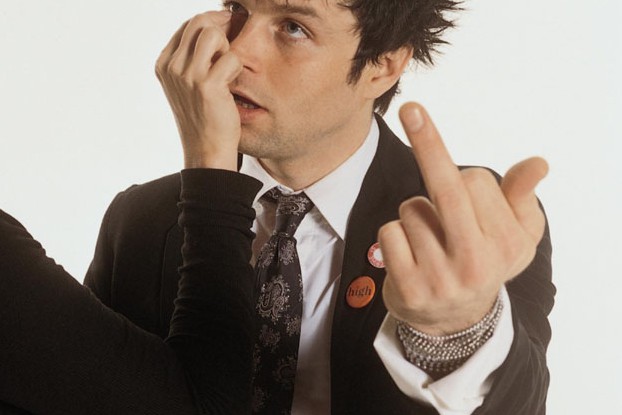 I wrote her another email which read, in part:

“I received my copies of the collection. I also read your letter, which exemplifies my issue with working with you. As I acknowledged in my previous email, I realize you have the right to sell the chapbooks. I have no legal recourse to stop you, and at this point I honestly don’t care. My issue is with you as a publisher, who despite being a single person and someone who has only published one or two other collections that I can see, still wants to behave as if you are a faceless entity big enough to steamroll over the artist. The whole point of working with a small publisher is getting the personal, genuine touch. You have provided none of that.”

If she insisted on selling the books per the contract, I concluded, then she was also obligated to fulfill the terms of the contract and pay me my share. Even as I was writing it, I knew that was a pipe dream.

Despite my misgivings, I told friends and family about the book and advertised it on this site. As far as I can tell, and despite Susan’s claims to the contrary, this was the only advertising of any kind my collection received. Many people bought copies and let me know that they had. A few months after the book went live, I contacted Susan again letting her know that I knew copies had sold and I expected payment sent to my Boston address.

That was almost a year ago. Do you think she responded? I’ll give you 2 guesses.

Two weeks ago, the last copy of “The Road So Far” sold, prompting my interest in retrieving publishing rights from Susan. I sent an email and received the usual cyber echo. I then sent a message to the Facebook page for Soaring Bird. To my surprise, I received a response. Its tone was, unsurprisingly, not conciliatory.

After indicating that my email had been received (yet never responded to), the message went on to say:

Regarding your accusations: should you engage in oral and/or verbal defamation, this company will file a libel and/or slander lawsuit against you. The words of your notification and your email are adversarial and threatening in tone. Please ensure you want to continue in this adversarial manner because it has been this company’s intent to support the publication of “The Road So Far” and to support your endeavors of your project 10 Cities / 10 Years.

Surely this is the tone of a company that “supports” my endeavors.

(Which reminds me, I want to reiterate that this story is clearly a fictional account and any resemblances to real persons, living or dead, is purely coincidental. Just a wacky story, haha!)

Meanwhile, I have no idea if the contract I signed is truly binding. I have no idea how much money I am owed as I don’t know how many copies were even published. I’m sure it’s not much, and that was never the point. I feel bad that people have bought these books thinking they were supporting me when I never saw a penny from those sales.

If you are one of those (hypothetical) people, know that the money was never the point. Just the fact that you bought a copy is all the support I could ask for. Neither this project nor the book have ever been about making money; publishing “The Road So Far” was about having some permanent physical artifact of my writing.

When I look back on this whole experience, I know I did pretty much everything wrong. But what’s to be done now? I resigned myself a long time ago to not seeing any money from this book. I just hope that someday I can gain the publication rights back in order to make more copies available (or to prevent some unscrupulous party from profiting off of my name). Regardless, it’s not about money, it’s about having a little bit of art out in the world.

To everyone who bought a book, or wanted to buy one: Thank you, sincerely. It means so much more than a couple of dollars and I am truly grateful.

As for Susan and anyone else at Soaring Bird, I’m just glad they aren’t real people. Thank goodness my real publisher would never be such dicks. 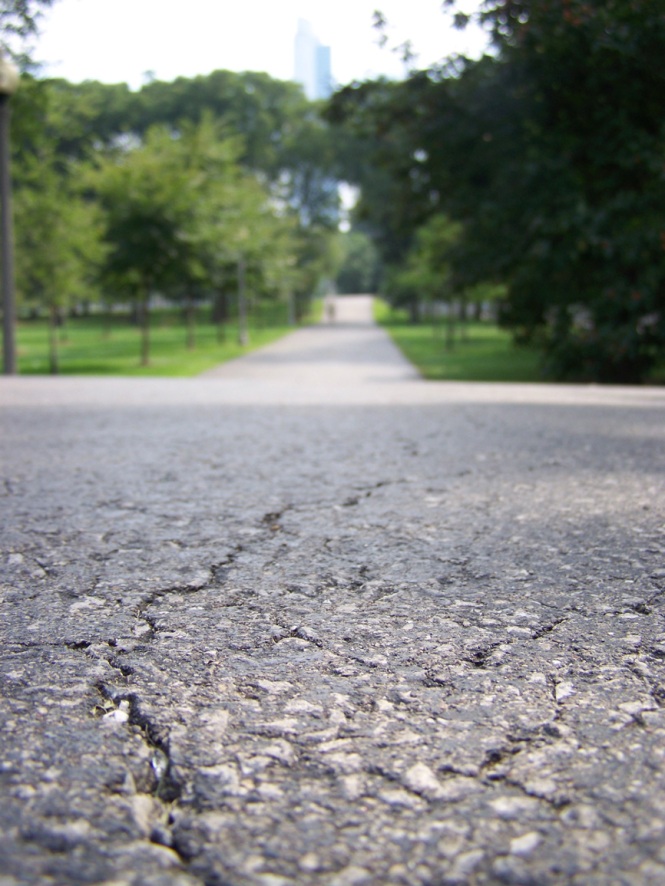 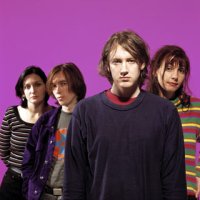