This past week has been loud.

Our entrance into the Gilded Phage erupted in protests, violence, and hate speech, while Twitter fights, Facebook rants, and, most vital, thoughtful blog posts remain at pre-Election levels. Voices are still reaching the cheap seats as dire warnings of an encroaching wave of racism and bigotry are met with caustic dismissals demanding people “Wait and see” and “Stop whining.” It’s a wall of sound that would make Phil Spector tumescent.

This election proved one thing: there are a lot of white, heterosexual, cisgender males in this country, and despite assertions that they are the new oppressed minority, they remain both the most powerful and vocal force in American politics. As a member of that demographic, I have never felt so dismayed to be so visible.

For the last year, ever since I completed 10 Cities, I’ve been largely silent. Up until last week, this website had gone dark and I had minimized my Facebook presence (I’ve remained somewhat active on Twitter; my apologies). I’ve been practicing a skill that doesn’t come naturally to me: Listening.

Listening to voices that aren’t white, heterosexual, cisgender, and/or male is critical for the continued growth of our society and for our growth as individuals. We only need look at last Tuesday to know what’s at stake when we don’t.

One of the ways I’ve been reminding myself to be a better listener is intentionally seeking out voices that wouldn’t naturally enter my sphere of interests. As a white, heterosexual, cisgender male, I’m striving to engage with the points of view of those who aren’t. I’ve not intentionally avoided or ignored those voices in the past, but by nature of our societal structure, I’ve done it all the same.

So far, this endeavor has had the greatest impact in my consumption of art, particularly music and literature. I’ve read assault narratives and about rape culture (Alice Sebold and Kate Harding), read fiction from people of color (Colson Whitehead and Zadie Smith; Zadie pisses me off because her first novel is just so damn good) as well as non-American authors (Arturo Perez-Reverte). I’ve read many other authors (including plenty of white males) this last year, but I hope to find even more diverse voices next year.

Additionally, and to a much greater extent, I’ve been listening to a more varied slate of musical artists. My musical taste has always been eclectic, but my go-tos have generally been white, straight dudes. It seems like a trivial thing because it’s an easy thing; I love music and I love finding new artists. And yet, as easy as it is to do, it still had to be a conscious choice. Ultimately, that minimum effort to expand my palate has been deeply enriching.

To that end, I’m concluding this post with a by-no-means-exhaustive list of artists who are not white, or not male, or not straight, or not cisgender. The list could expand indefinitely, but these just happen to be some that I’ve come to really appreciate over the last year and who, importantly, offer a broader perspective.

And, finally, to my fellow white, heterosexual, cisgender males: There’s no prize for listening, no pat on the back; there’s just the pleasant reality that so many voices deserve our attention and we are invariably enriched by the simple experience of hearing a new perspective.

I hope you enjoy the music and that you’ll keep listening.

Against Me! – Black Me Out 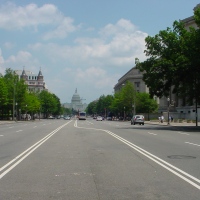 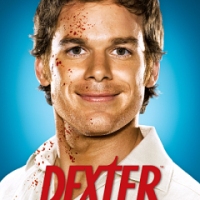