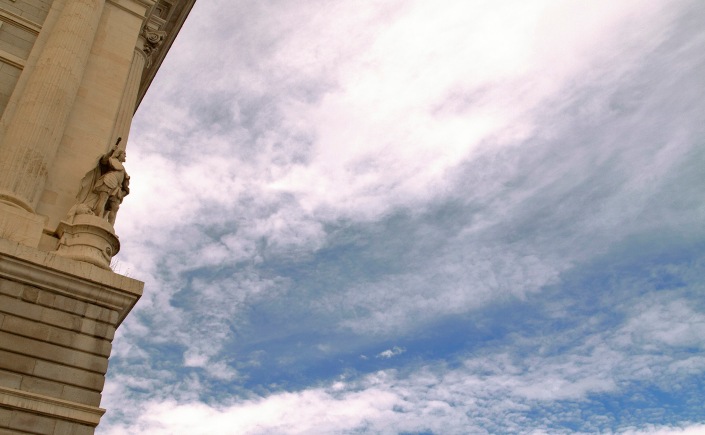 Thanksgiving is the only holiday I celebrate. Which is not to say that I make a point of giving thanks to some immaterial deity or thinking fondly on the mass genocide that Made America Great Originally. I just like cooking and drinking and not going into work.

This year will be my third Friendsgiving in four years, and quite possibly my last. This time next year, I plan to be teaching in Spain and removed from the mental malfeasance that is our government. It’s not that I believe other governments are better than ours; they just don’t belong to me. Even when my vote doesn’t win, even when it doesn’t count, I am a product of my nation of birth, and it is a product of me.

So, next year, I’m leaving it behind.

Home for the holidays

One of the persistent themes of 10 Cities/10 Years was that individual cities or individual states do not define who we are. We have open borders within this country, so passing from New York to Massachusetts, moving from Tennessee to Washington is not just easy, but part of the very definition of this nation. We didn’t like how things were going in Europe, so we came over here. We weren’t making it work in the East, so we covered wagoned to California. Is the history of this nation far more complicated and problematic than that? Absolutely, but that’s a post for a different day.

The point is, our nation might have been founded by settlers, but they were travelers first.

One of the biggest divides between America’s two main political parties, the Democrats and Republicans, is this notion of Federal Government versus State (local) Government. I align far more with Democrats not just because I’m a godless libtard, but because I don’t believe in the myth of state lines.

When I lived in Charlotte, North Carolina during the summer of 2005, Hurricane Katrina devastated the south. We were told to expect massive rain storms to branch off from the larger storm and hit us, but they never materialized. While families in New Orleans and throughout the region were losing homes, livelihoods, and loved ones, we were having sunny days in Queen City. We avoided the atmospheric impact of Katrina, but Charlotte – and the rest of the country – still felt the rippling effects of the disasters, not just in the slight economic drain it caused, but in our discussions on race, poverty, and culture. It would be hard to argue that the devastating “George Bush doesn’t care about black people” optics of the post-Katrina non-relief didn’t play some part in the election of our first black president.

As a nation, we do everyone a grave disservice when we think of ourselves as merely citizens of our home state or hometown. We are citizens of the United States, and there is no “real America.” I was born and raised in Kansas, but the Sunflower State isn’t my home. My home is where I rest my head at any given time, my home is any stop along I-70 or any town where a friend will share a drink with me. My home is the United States.

Furthermore, as a species, we do ourselves an even graver disservice when we put too much faith in the borders that divide our nations. I understand the legal need for nation states, I get that people fear a one world government. Believe me, after this election, and seeing what’s going on in Europe right now, I’m no proponent of centralizing global power into the hands of a select few. We need opposing voices in power.

It is vital, though, that we stop looking at people from other nations as enemies, as challengers for resources, especially since this planet has more than enough resources to sustain our entire population if we weren’t just so desperate to hoard and accumulate beyond our needs. When an uncharitable sack of shit billionaire is a hero to people, we have lost our humanity.

I’m moving to Spain next year because I’m a citizen of the world. I’m taking leave of the nation of my birth because what happens here has an effect throughout the world, and if I’m going to be an informed and empathetic voter, I should see it for myself. I’m moving because I’m an American, and that’s what we do.

I encourage everyone, no matter where you’re from, no matter what your background, find a way to cross borders. A funny thing happens when you drive from one state to the next, or fly from one country to another: You see that those lines on the map aren’t really there.

I’m privileged, I know. I’m (sadly) not a pretty blonde with a sponsored Instagram, but I still have a considerable amount of freedom. Some people don’t; some people live in abject poverty or under horrible regimes of oppression. For those of you who do not, take a chance on the road. Be a better global citizen for the sake of those in poverty and oppression. Be a better global citizen for your own damn sake.

This Thanksgiving, possibly the last I’ll celebrate in the United States, I am thankful that my backyard is far wider and grander than what my eyes can take in.