Over the weekend, I traveled through Boston to Gloucester, Massachusetts to attend the wedding of my old friend, Kate (yes, that Kate). The ceremony and reception were held at Hammond Castle, the ornate mid-20th century creation of an eccentric millionaire rocket scientist, complete with artwork imported from Europe and the Gothic vibe of a Scooby Doo haunted mansion.

The last time I saw Kate was a week before I moved from Chicago to Nashville, some seven years ago. To say a great deal has happened in our respective lives since then would be a colossal understatement. The roads have been long and winding.

I’ve been to my share of weddings over the years, some rigidly traditional, others idiosyncratic and wholly individualized; most find a balance, maintaining the well-established structure but punctuating the traditions with unique touches or turning them on their head. Naturally, each couple has a way of injecting their personalities into the ceremony, especially those with, shall we say, strong personalities. Kate would fit into that category. 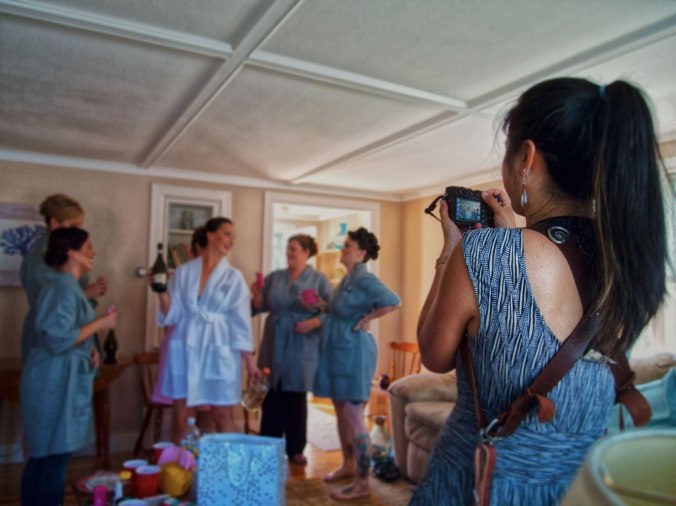 As a friend of the bride and the de facto date of one of the bridesmaids (former girlfriend), I spent most of my time in the company of Kate and her female coterie. I don’t have a lot of experience with the male version of a wedding party. I’ve never been a groomsman and the only bachelor party that I’ve been to was for my brother, a rather chaste event in every since of the word – it began with 30 minutes of prayer.

By contrast, I’m rather well acquainted with bridal parties; for reasons surpassing understanding, I tend to be closer with more brides than grooms. 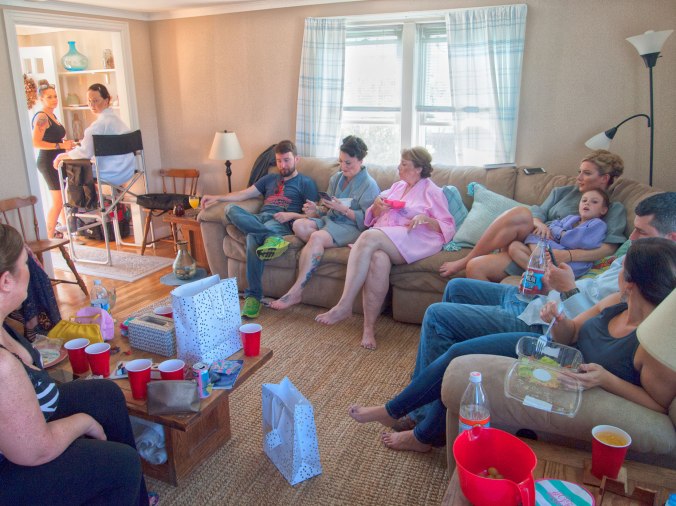 The language of marriage is steeped in notions of commitment, which is obvious, but still of interest to me: “vows” and “dedication,” “taking the plunge” and “ball and chain” (admittedly, not all the terminology has a positive connotation). Reaching back to its roots, the institution of marriage is simultaneously a business arrangement and a romantic bond, a facilitator of families and a symbolic gesture. In all its iterations, though, marriage remains a blind leap into the future, the unknown.

Blind leaps of faith are kind of my forte, and yet I find marriage almost unimaginable for myself. It’s not due to some cliché, “I don’t believe in the concept” political stance, or any desire to remain a bachelor forever. I actually find the notion of being married to the right person quite enticing, always have. Even having witnessed my share of marriages dissolve – including my parents – I still see the appeal.

What I imagine a marriage to be has changed considerably since my younger years. In my Christian youth, marriage was the end all, be all of existence. I believed all future happiness would be found within its boundaries. So powerful was this belief – and so insistently was it emphasized by my spiritual leaders – that even once I left the faith, it took me a great deal of time to shake the idea that being married with the only natural conclusion to a relationship, and by extension, to a life.

Based on my experiences, I feel I’ve had the opposite development of a lot of people. Most people spend their 20s saying they’ll never get married and then as their 30s approach, they open up to the concept. I spent much of my 20s absolutely convinced that marriage was the natural next stage in my life, but now in my 30s, I no longer put much stock in it, if only because I can imagine a life without it and – for me – it doesn’t seem like a tragedy.

There are any number of reasons why I’m not ready for marriage (besides for the obvious fact that I’m single by necessity). A more charitable person might suggest I haven’t met the right person, or haven’t reached that destination in my journey yet. If you were feeling less than charitable, you might suggest I’m just too selfish or immature to make such a commitment. All good reasons. I can’t argue with any of them.

I do know that at this moment in my life, there’s something I want more than wedded bliss, and that’s the open road. My dedication, my commitment – the plunge I will always rush to take – is travel. Honestly, I reject the idea that I’m a commitmentaphobe. At 22, I set aside ten years of my life for a travel project and I followed through with it. How many people could honestly say they could’ve successfully made a decade-long commitment to their significant other at 22?

This guy crashed the wedding.

I’m right at ten weeks from making the next big blind leap of my life, one that is even less knowable than 10 Cities/10 Years, and there are a lot of conflicting thoughts going through my head, a mix of “This is going to be amazing” and “You aren’t doing enough to prepare.” There’s so much that could go wrong; it’s what could go right that pushes me to take the risk.

Over the two days in Gloucester, I couldn’t help but see parallels to my own unknowable travels in everything that was going on around me. The excitement and fear, the uncertainty about the future and the memories of the past, the physical and mental exhaustion, all of these reactions are part and parcel with a a big move in the same way they are at a wedding. That wave of emotions is inevitable whenever you take a risk; it can become intoxicating. When it’s all said and done, we leap because we believe.

At the wedding, tears were in abundance before, during, and after the ceremony, from Kate and her groom, from the bridesmaids and the guests, and even from the officiant. There was talk of nerves and moments of stress throughout the weekend, but before the sun had set on Sunday evening, a new couple had taken the plunge together and the long path to their union was completed, one journey having reached its end, another just beginning.

Congratulations to Kate and Aaron; here’s hoping that every leap they take together only raises them higher and higher.

As for me, well, I don’t know if I’ll ever take the matrimonial leap. It’s always an option, but it’s not the only road out there. I’ve got plenty of other plunges ahead of me.

One thought on “A wedding by the sea”