This last weekend, Helen and I walked along the Manzanares River further than I’ve ever gone to find the Parque Lineal Del Manzanares (Linear Park of Manzanares Park). It was my first time visiting the park and I was pleasantly surprised to discover a massive park filled with green spaces, sculptures, ponds, and people playing frisbee and enjoying other activities.

There was even a small amphitheater. I was reminded of weekends in Brooklyn’s Prospect Park, a similar verdant oasis in a bustling metropolis.

The Parque Lineal Del Manzanares, which is about an hour and a half straight south of my neighborhood, Puerta del Angel, is also home to La Dama del Manzanares (the Lady of the Manzanres), a towering bronze and steel sculpture of a woman’s head facing toward the city center of Madrid. It was designed by Manolo Valdés, a Spanish artist, and it is 13 meters tall (roughly 43 feet for my American readers).

Situated on the top of a hill in the center of the park, the platform on which the sculpture stands provides 360-degree views of Madrid, with Plaza de España visible in the distance. It offers one of the best views of the city I’ve ever seen. Although we were there before lunch and therefore weren’t around for nightfall, I have to imagine sunsets from that perch are absolutely breathtaking. Another time, perhaps.

Though the park has gone through major renovations in the last couple decades, including the construction of La Dama, the space where the park now exists has played a vital role through Spanish history. Ancient Roman ruins have been found in the park, and during the Spanish Civil War, the area was an important (albeit, ultimately unsuccessful) point of resistance against Franco’s forces. Though I didn’t specifically see any, there are apparently still trenches and other remnants of the war in the park.

Up until last Sunday, I had never heard of either Parque Lineal Del Manzanares or La Dama, which is proof that, even after five years in this city, there are still countless new discoveries to be made.

During the 10 Cities project, when I would leave each city after a year, I knew that I had only scratched the surface of those homes and there was still plenty more to see and discover. This last weekend was a fresh reminder of why I love cities: they constantly offer new experiences. They are a source of perpetual reinvention.

It’s reassuring to know I could live in Madrid for the rest of my life–I very well might–and still be confident that I haven’t seen it all. Who knows what the next weekend of exploration will uncover? 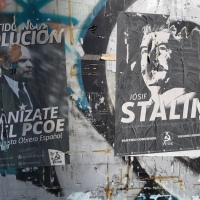 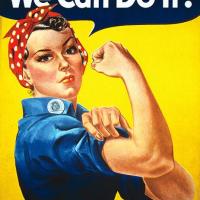 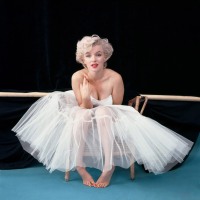