It’s been a minute.

In so many ways, I’ve just begun.

Three months is how long one can have a “Tourist Visa” for the Schengen Area, the territory made up of 26 European states (including Spain) that have a common visa policy. Everything after that is, well, just life. 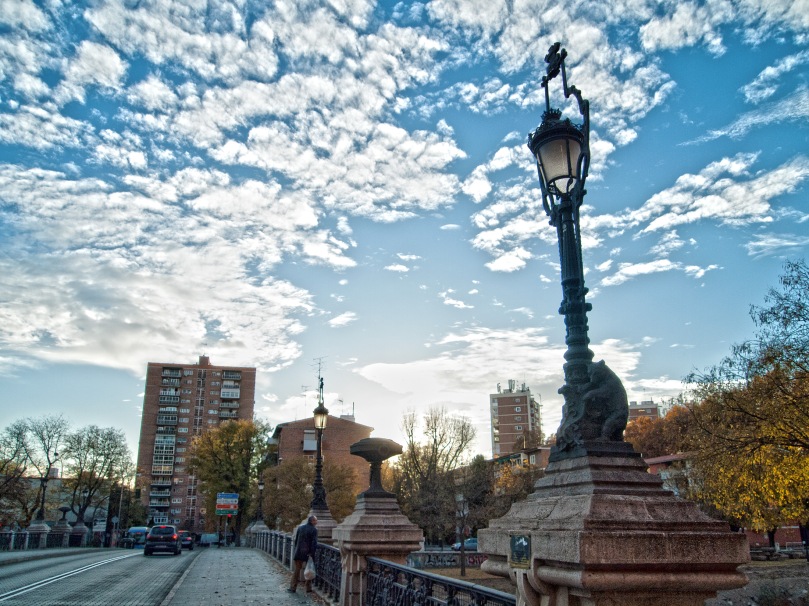 I have been in Madrid just over three months. I am still a visitor.

I’m surrounded by Americans here. My three roommates are all from the States, as are most of the people I associate with on a day-to-day basis. My situation is unique among the group because I am the only one not enrolled in the language school, and thus lack those direct connections and gateways into the wider culture here.

I never had any illusions. Moving to Spain was always going to be more difficult than any of my 10 US moves for one obvious reason: I don’t speak the language. Every challenge associated with relocating is amplified by that deficiency. Which, of course, is the point. Each challenge should be harder than the one that came before, otherwise, there’s no growth. 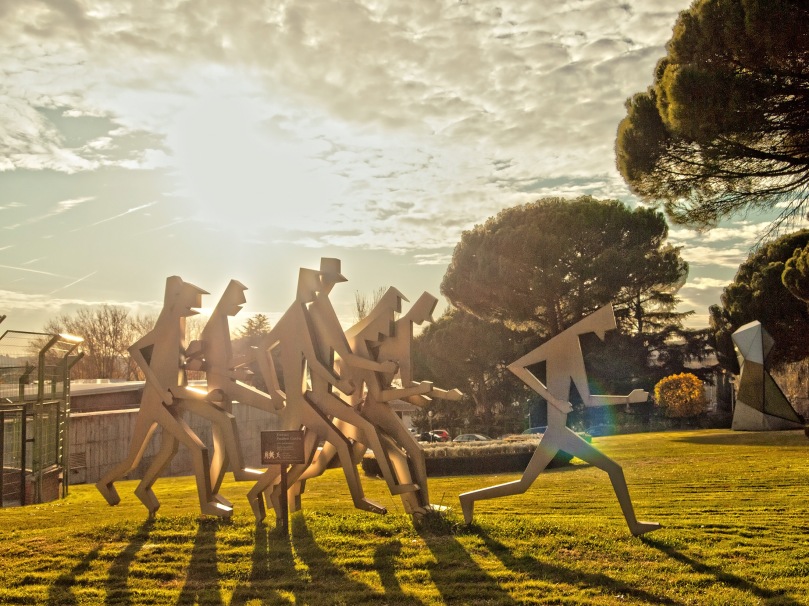 As I said, I have a group of Americans around me, and I’m grateful for their company. We spent Thanksgiving together, traveled to Toledo as a group, and have enjoyed a wide range of activities, both Spanish and otherwise, including photo shoots, dance classes, and bar hopping. Like so many other cities before Madrid, I have landed within the comforting fold of a collective.

But after my many years on the road, I’m acutely aware of the solitude inherent to my life. Carpool lanes don’t exist on this highway. 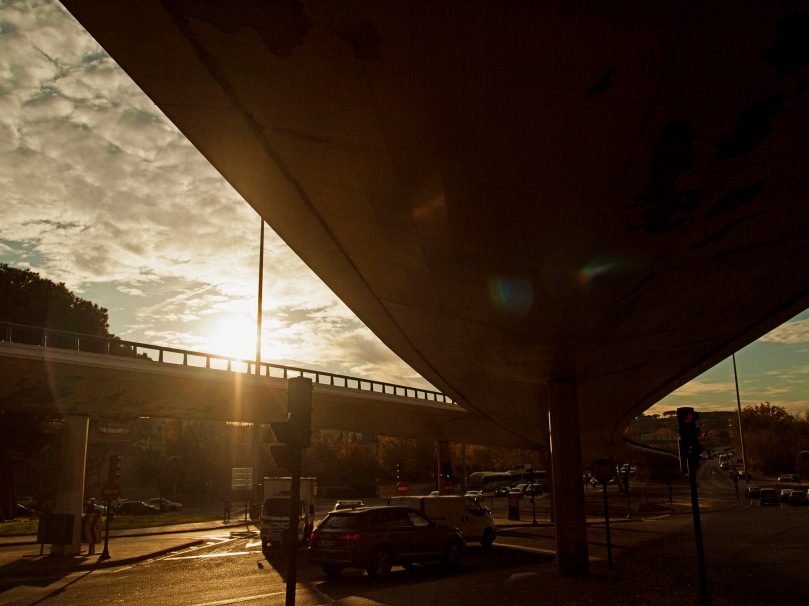 I scan through a lot of travel blogs and social media posts by people who have moved to another country. A common trope across almost all of these mediums is the grandiose self-examination, the “What have I learned so far?” post.

I get it. Not only are we a species prone to taking stock of where we are, where we’ve been, and where we’re going, but our friends and family are always asking us about all that David Copperfield kind of crap. Why move across an ocean if you aren’t going to learn new things about the world and yourself?

So, here’s some knowledge: Mahou, the name of a ubiquitous beer in Madrid, is one syllable and rhymes with “wow.” 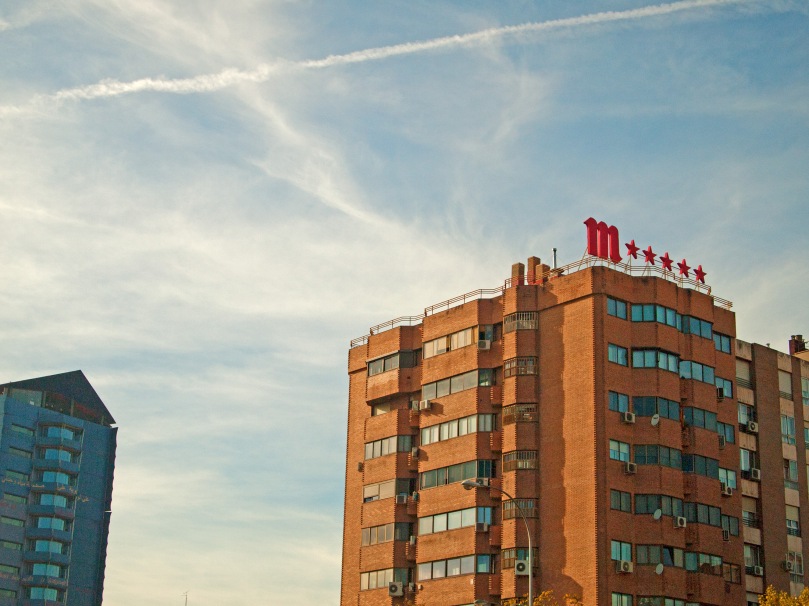 Something else? Well, hm, a euro or two is sufficient tip for a full meal.

Still more? I’d rather not.

Three months isn’t long enough to “know” anything. I am new to this country – to this continent – and I have experienced relatively little in the grand scheme of things. If I returned to the States now, I could certainly share insights into life in Spain and on how it differs from life in the US. They would be shallow observations, though, because I haven’t come here to report back on my findings. 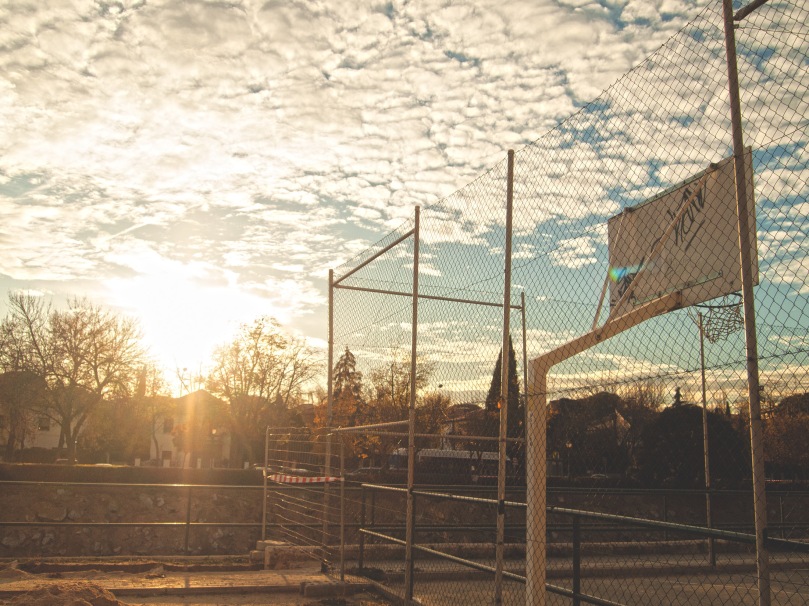 When the original 10 Cities/10 Years project concluded, my biggest struggle was explaining the “why” of it, both to others and to myself. I did it, it happened, there was nothing more to it. The project was such a massive undertaking that it’s nearly incomprehensible to suggest there was no grand purpose to the endeavor, and yet.

Now in Spain, I feel a similar disconnect. The people I know have different reasons for being here, either seeking a break from their life, or improving their Spanish, or even escaping a painful past. Some will be here a year, others might push it to two. In the end, though, they will return home, because home is something definite to them.

I’ve nothing to return to. I’m home here. And then, some day – a year, two years, a decade from now – I’ll be home somewhere else. Home is always the future, never what’s past. 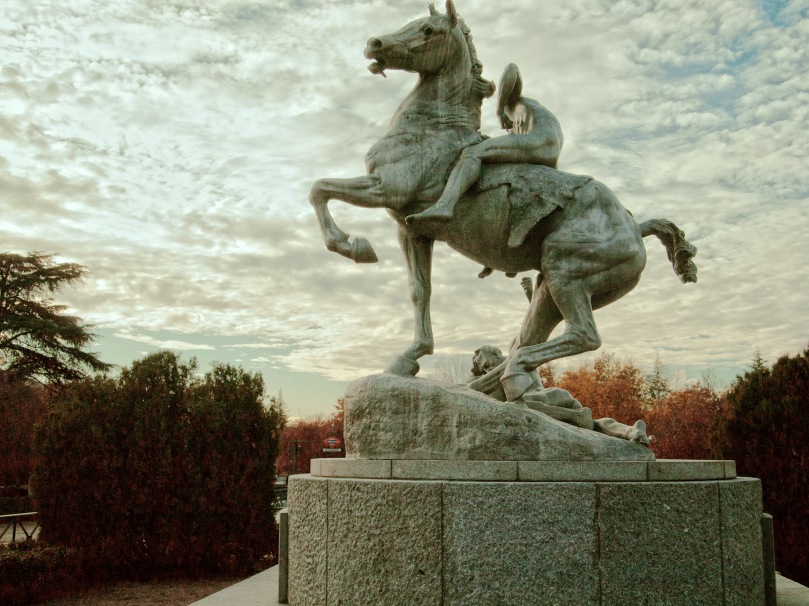 I have no idea where I will be in a year. In some ways, that’s standard operating procedure for me, but in the past there’s always been scaffolding to provide shape to the uncertain future. I might not have known what city I would be in, but I knew I’d be somewhere new, starting over, getting on with the process of life and building towards New York.

A year from now, I could be in Madrid or Barcelona, some other European country, or somewhere in Asia. Maybe circumstances will force me back to the US or into some heretofore unimaginable corner of the planet. I mean, probably Madrid, but also, if the wind blows, so be it. 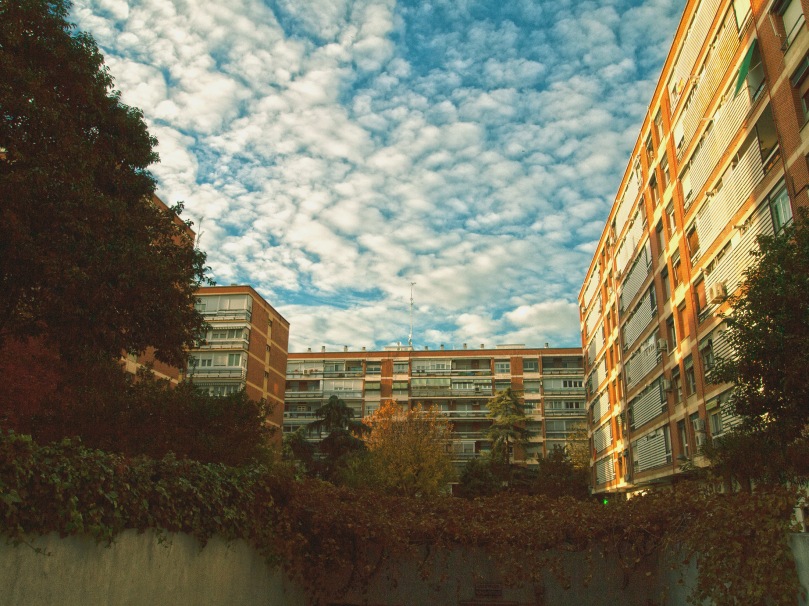 This much I know. Everything is up in the air and the roads undiscovered are plentiful, but there has been one truth to my life that hasn’t changed: I will find my own way.

May it not always be a lonely path. Cada camino es un buen camino. 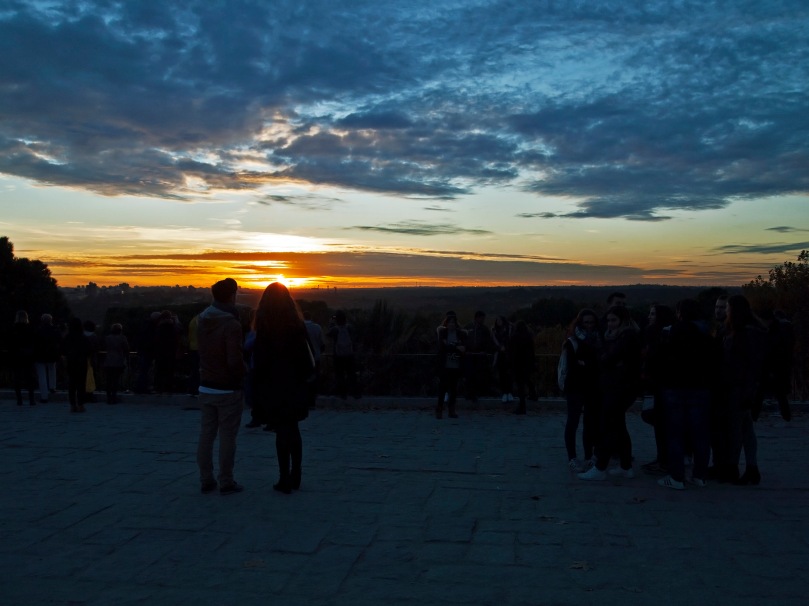 Madrid sure is pretty, isn’t it?

I want to go to Mars.

Someday, quite possibly in my lifetime, humans will set down on the surface of Mars. I want to be one of the pioneers. To sail across that untouched sea and set foot on a new, unblemished terrain, I can’t imagine a greater achievement or experience. I dream about leaving Earth and exploring a virgin world.

So, you know, if any of you crazed billionaires are reading this, hit me up.

I was discussing this subject with my friend, Maria, and she had a hard time getting on board with my desire to rocket from this planet on a trip that would take decades. It would be a permanent relocation, after all.

“But you would never come back.” She said incredulously.

“I know,” I answered, relishing the thought. It seems we had very different feelings on that possibility.

There is a study that’s been making headlines for the last week, which, to be succinct, reports that Americans aren’t moving, and Millennials are a major reason for that statistical decline, with only 20% of the generation (my generation) having moved from their address (let alone city) in the last year. Now, I’ve previously written about how I hate the way Millennials are grouped and stereotyped, but this statistic is worth analyzing briefly.

The main contributing factor for the lack of mobility among the 25- to 35-year-old set is apparently the job market (thanks Baby Boomers!), which certainly makes sense. Other factors that have historically limited movement – home ownership, having a spouse, having a child – aren’t really pertinent to most Millennials who are, statistically, not settling down behind a white picket fence.

To say I’m an outlier in this research is the understatement of the decade. Since I turned 20, I’ve only stayed at the same address for more than 12 months twice, and I’ve only renewed a lease once. Yes, I’ve lived an unusual life, but my ability to move wasn’t based on any particularly unique circumstances. When the Great Recession hit in 2008, I was affected as much as anyone. I went months without work, in multiple cities, and when I did find work, it paid the bare minimum. I’d argue I’m still facing the effects of the recession.

It didn’t stop me from moving back then, and it’s not going to stop me now.

Not everybody needs to move, I realize that. But everybody should move.

I’m reminded of this Louis C.K. bit on marriage and divorce:

If you stay put, you might have a happy life, you may avoid hardships. Your life very well may avoid all the road blocks and problems that come with relocation. But if you never move, you will remain an incomplete person.

I know I just insulted a wide swath of people; I’m okay with that. Until you place yourself in a new situation, until you physically relocate, your understanding of yourself remains incomplete.

Maybe you’d make the same argument about marriage or owning a home (debatable), but it’s easier to get married and buy a home after you’ve moved than to move after you’ve married or bought a house. If you’re in your 20s or 30s and still living in your hometown, you owe it to yourself to make a move. If you’re married or own a house, get a divorce and sell that money pit (kidding; sort of).

No matter how far away it might feel, relocating to a new city, state, or even country isn’t a trip to Mars. You can always go back. Technological advancements make that truer every year, which is why it’s so bizarre that I live among such an immobile people.

Now this isn’t discussed in the study, so call it mere speculation, but I am confident another contributing factor to our decreased movement is technology. We all have the ability to see pictures from distant lands on our phones and become friends with people on the other side of the planet. It’s easy to convince ourselves, “Oh, I know what that place is like, I’ve seen it.” Our interconnectedness creates the illusion that all places are essentially the same.

Let me be obnoxiously clear: THEY ARE NOT.

You cannot experience a place through a screen. I don’t care how advanced technology gets, how realistic virtual reality becomes, you will never experience somewhere unless you go there in person. We are not our avatars.

If you’ve been sitting on the fence about making a relocation, if you’ve been creating a “Pros & Cons” list, asking friends and family, or even praying about it, let me be the still small voice: It’s time to go. 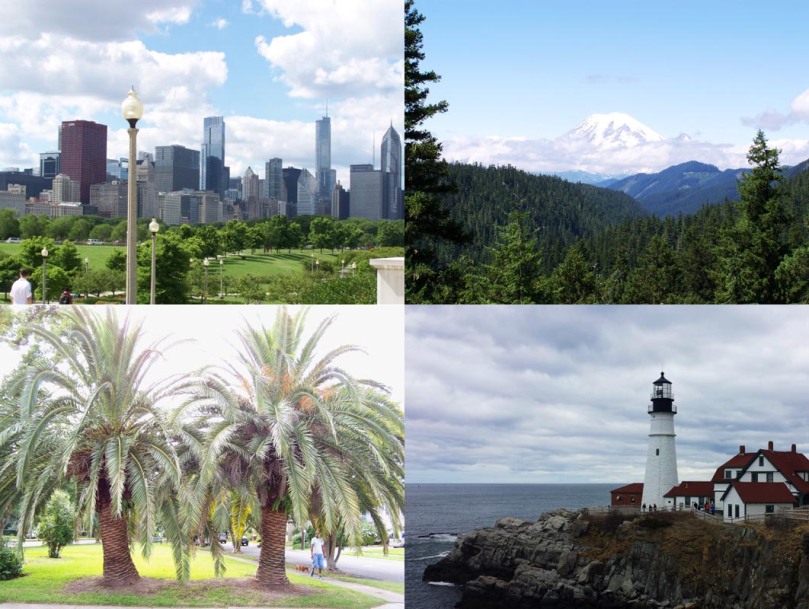 In our current historical moment, moving to a new country is important so that we can increase our empathy and understanding across borders. But you don’t have to make such a drastic move to still gain a new perspective. One of the many great things about the United States is that it offers unparalleled variety. You can spend years exploring this country and not see it all. I know; I did.

You have to choose your own path; it’s yours and yours alone to take. I’ll just end with this: If every morning you wake up in the same bed and grit your teeth for another day of routine, why are you staying? 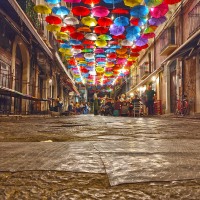 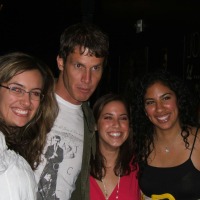 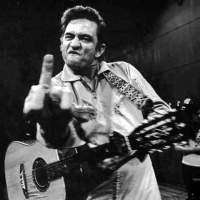